Want to be funny? First learn why we laugh. 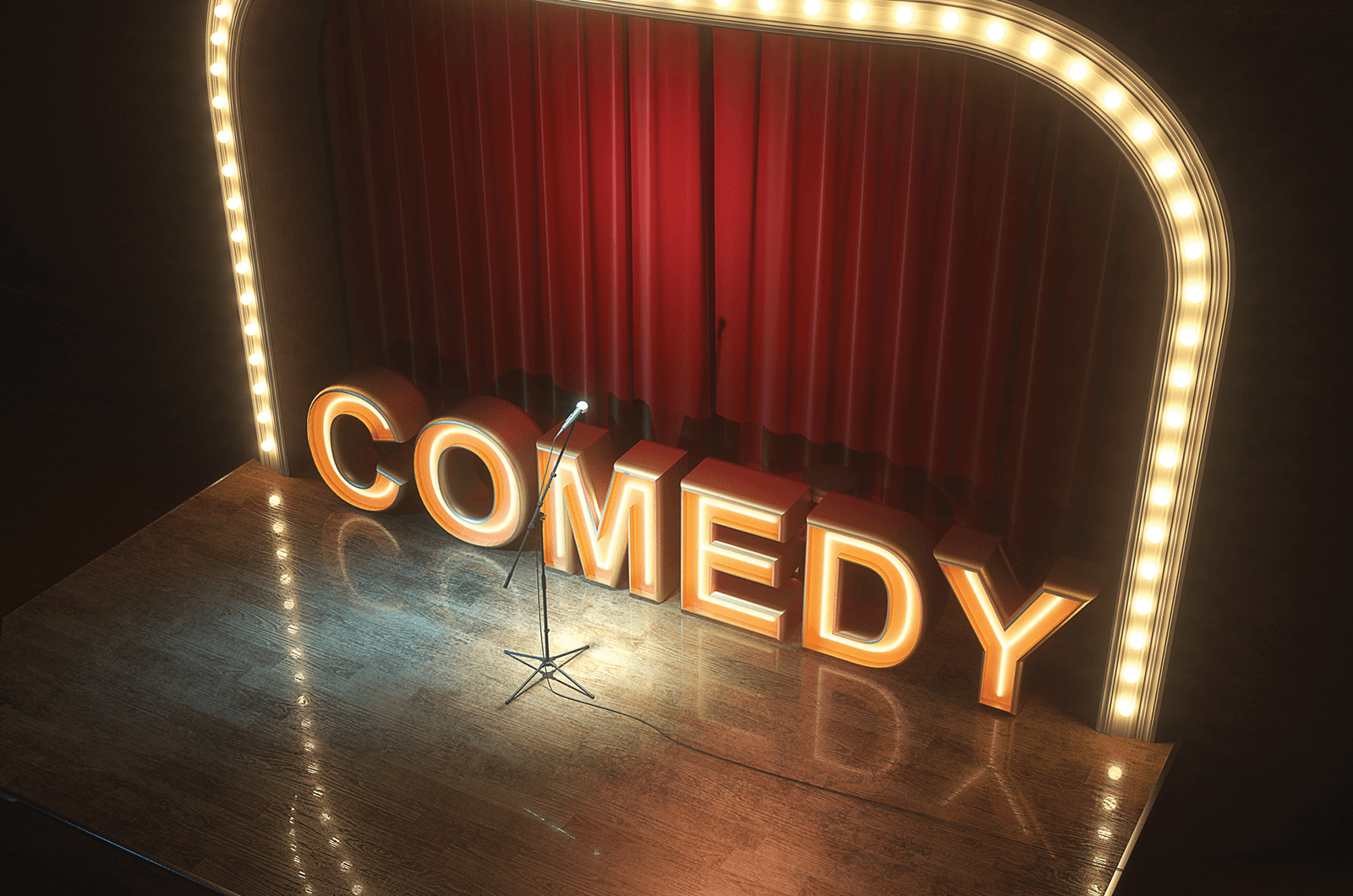 Anyone who is experienced in public speaking can easily recognize that the funniest speakers are often the most memorable. But how do some speakers manage to keep an audience in stitches for an entire presentation? It is not an innate gift. Veteran comedian Jerry Corley says the key to using humor well is understanding why people laugh. When you understand what triggers laughter, you can then learn techniques to weave humor into speeches, presentations and everyday interactions.

Corley has studied what makes people laugh from the most intense platform from which to glean this information—standing behind the microphone in ­comedy clubs. “My whole life I’ve been dedicated to finding out the ‘why’ of comedy,” he says. He has spent 30 years learning what triggers laughter by gauging audience reactions to his own material as well as studying other performers.

Now a comedy coach and founder of the Stand-up Comedy Clinic in Los Angeles, California, Corley has written jokes for comedians Bill Hicks and Chris Rock and worked for eight years as a writer for the popular The Tonight Show With Jay Leno. His friends refer to him as “the joke doctor” for his ability to dissect a joke, rework it or tweak it for maximum effect.

A common debate among comedians is whether or not a person is born funny. Famous comedians have intimated that comedy can’t be learned. Sure, some ­people may be born with a quick wit or a sharp tongue, but Corley asserts that, like any other skill set, comedic skills can be practiced and improved upon.

Corley knows firsthand, because he taught himself. In September 1991, while waiting for a cab during a rainstorm in New York City, a kind stranger with a gruff voice offered to share his taxi. Relieved to escape the downpour, Corley joined him in the cab. He recognized with a start that the generous stranger was his idol, legendary American comedian George Carlin. Throughout his 50-year career, Carlin made audiences laugh at the most mundane experiences and the most complex philosophical questions. He gracefully played between lighthearted material, like the difference between the way cats and dogs blink, and weighty observations like man’s tendency toward materialism and vanity.

“You can take any sentence and ask, ‘What’s the audience assuming here? Do they see a picture in their minds? How can I change that picture?’”

That serendipitous taxi ride to the ­airport led to a friendship that provided Corley several chances to pick his hero’s brain on comedy. When Carlin claimed that he knew with 98 percent accuracy whether a joke would get a big laugh before he ever performed it in front of an audience, Corley wanted in on the secret. But Carlin simply said, “I don’t know, kid. You’ll have to find that out for yourself.”

Corley set out to do just that. “I decided to get every tape I could find … I watched all the comedy shows. I studied day and night, five or six hours a day,” he says. Corley also set his sights on a specific goal: to be a writer for The Tonight Show. “I started watching The Tonight Show and writing out all their jokes, longhand,” he says. Corley studied their structure and told the jokes to himself aloud over and over. “Eventually, I started to get it,” he says.

What he learned is that any sentence can be funny. Whether you are writing a speech or a monologue, the lesson is the same: “You can take any sentence and ask, ‘What’s the audience assuming here? Do they see a picture in their minds? How can I change that picture?’” Corley says learning to use humor is as simple as sharpening your awareness of opportunities to shatter expectations and create surprise. “If you take any statement or piece of dialogue and you suddenly change the perception of what is being said or change the perception of the meaning of a word, you’ll have surprise, which will result in funny,” he explains.

Corley learned to listen for which words in a sentence could lend themselves to double entendre. He learned how to shatter assumptions that the audience would likely make. He learned to listen for instances of two dissimilar ideas converging. When he felt he understood how to deconstruct and analyze what made him laugh, he could better see how to build his own material. “When I first committed myself to writing and studying the structure, it didn’t take me long to really start to master it and … to get my job with Jay Leno.”

Studying funny people along with the ways audiences reacted to different types of humor, Corley learned the “science behind why we laugh” and says it all boils down to psychological laughter triggers. These triggers, he says, are “hard-wired in our DNA” to incite laughter. To weave humor into your speech or presentation, include these laughter triggers.


Surprise. Much of what strikes people as funny does so because it is surprising. Misdirecting the audience to assume you’re going to say one thing and then ­saying something unexpected is a great way to harness the power of surprise.


Embarrassment. Speakers can use this psychological laughter trigger by poking fun at themselves—perhaps by sharing an embarrassing experience or discussing their flaws or shortcomings. Sharing your personal mishaps will invite the audience to laugh with you.


Superiority. The audience feels superior to the speaker and thinks thank goodness that’s not me! Superiority plays on people’s insecurities. Allowing the audience to feel superior to you can help them laugh at you. Being self-deprecating is one way to use this laughter trigger to weave humor into a presentation.


Recognition. Recognition draws on experiences that make the audience think Yes! I’ve done that too. Observational humor relies heavily on the audience’s recognition. Discuss something that will cause the audience to recognize having had similar experiences or feelings. Toastmasters could discuss, for example, the nervousness they felt before giving their first speech or the shock of hearing a high number of filler words reported by the Ah-Counter. These topics could lead to a laugh from fellow Toastmasters because they understand how you feel.


Incongruity. Using incongruity means imposing characteristics of one thing onto another. An example of this is anthropomorphizing an animal or an inanimate object. An object having thoughts or an animal speaking can be funny simply ­because those are characteristics they don’t normally possess.


Release. To use this laughter trigger, try telling a longer story that creates tension, and then provide relief with a funny conclusion. An example of this might be a story that causes the audience to pause and question whether you’re being serious; when you laugh or explain that you’re not, the audience laughs from release. This tension, followed by the release of laughter, will help make your point memorable.


Make Them Laugh …and Remember

Humor is one of many tools to help sow the seeds of your message in the audience’s minds. For anyone giving a presentation, the chief goals are to deliver a memorable message clearly and effectively—and, hopefully, to entertain all the while.

George Carlin theorized why laughing helps an audience retain information in his book Last Words. “When you’re in front of an audience and you make them laugh at a new idea, you’re guiding the whole being for the moment,” he writes. “They are completely open, completely themselves when that message hits the brain and the laugh begins. That’s when new ideas can be implanted. If a new idea slips in at that moment, it has a chance to grow.”

Corley says that a sense of humor is like a muscle. The more you flex it, the more you will recognize humorous opportunities in speeches and in conversations. As with public speaking, you won’t wake up one day and possess all the skills you yearn for, but learning to be funnier is indeed possible. “You just need good, solid structure, surprise and to understand what triggers laughter,” Corley says.


Jerry Corley is a stand-up comedian, screenwriter and comedy teacher. To learn more about him and his strategies on using humor, visit his website.