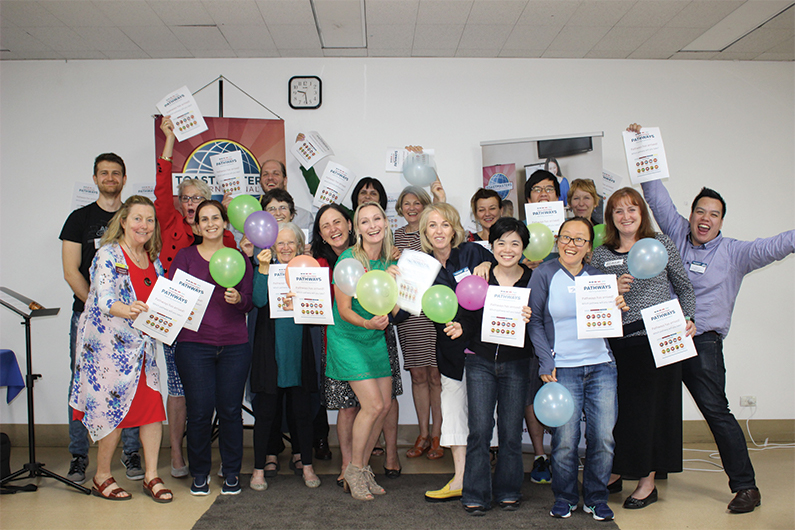 Port Melbourne Toastmasters in Australia was among the many clubs to express excitement when the Pathways learning experience launched in Region 12. On the day the new education program officially became available, the club turned its meeting into a Pathways party, complete with balloons, bubbles and cake. In addition, members took their first practical steps in the program together. Club president Jaqueline Bignell, DTM, says that many fired up their laptops, logged into the Toastmasters website, went to the Pathways learning experience webpage and took the online Pathways Assessment, which helps members choose a path that is right for them.

As a finishing touch, members popped their balloons and announced which individual path they had chosen.

“We started Pathways in this club with a ‘bang’ to get people excited right from the beginning,” notes Bignell. “That’s how we mean to continue.”

Most Port Melbourne members are young professionals, making them particularly well-suited to the new program, says David Vo, CL, the club’s vice president education. “For this younger generation, Pathways taps into their ­everyday practice of gaining knowledge and understanding online, while they still gain the valuable experience of presenting to a live audience.”

He appreciates how members can earn early and consistent recognition in Pathways for their educational progress.

Pathways launched in regions 10 and 12 in December. The learning experience is expected to be available in all regions by the end of the program year. To learn more, visit the Pathways webpage.