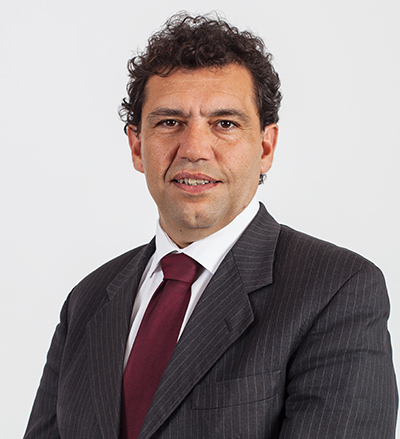 
What made you want to start Toastmasters clubs?

I was sitting behind my desk across from a colleague at work who knew about Toastmasters and he casually mentioned starting a club. I was up for a challenge and I had spare time, so I decided Why not? We immediately took it from there and the first club I helped to found was Amsterdam Toastmasters.


What challenges have you faced as a Toastmaster?

In 2003, when we were the only active club in the Netherlands, it was a challenge to organize the division contest. Although we were just one club, we were part of an international area that included Belgium. Nearly 300 people were expected to attend the program. Without much external support, our young club was able to bid for, organize and run a multinational event. Help was flown in from time to time; we had to learn and we had to learn fast. It showed me how you should dare to ask for help, because someone has always done it before you.


How do you use your communication and leadership skills in sailing?

In sailing, especially in regatta sailing, the importance of team performance is paramount, and that is often the result of the skipper having the ability to lead and inspire a crew to achieve the best result possible. As the skipper of my team, I put many lessons learned at Toastmasters into practice. For instance, serving as club president comes very close to being the skipper onboard. I always find ways to let team members excel in their own tasks while making sure to structure the team to achieve common goals. I frequently explain strategies and tactics that need to be understood, accepted and actionable before leaving the shore.

While racing, I may instruct the crew to execute dangerous maneuvers that require good timing, clarity and decisiveness. Finally, at the end of a race, I collect their precious feedback on what went well and what can be improved in order to perform better the next day. The Toastmasters experience gave me the tools and the confidence that I need to succeed on the water.


What is the most important lesson you have learned?

As a communicator: Keep the fire burning. Based on your personal schedule, always make time for Toastmasters. If you stop making time, you might not see the impact immediately, but after a while you won’t be as sharp as you once were.

As a leader: Toastmasters is a safe and friendly laboratory, so feel free to experiment. You may have to develop skills other than the ones you use in a corporate environment. Personal interaction and motivation are key to re-creating the safety network you find in corporate settings. I learned this when I ran for club president in 2013–2014.


After 17 years, what did it feel like to become a ­Distinguished Toastmaster?

It was a feeling of fulfillment—like a sobering satisfaction. It was not that I felt like screaming and shouting as I would after winning a regatta when I am sailing. It was more of a quiet inner peace of something rightfully earned. The next step is to start all over again from my Ice Breaker.


How does Toastmasters add value in your life?

Communication is something you cannot avoid in daily life, whether it is outspoken or silent. I work for a technology company that sells solutions for the shopping mall sector of the future. My job involves a lot of persuasion, so I use communication to inspire and motivate. Being a good communicator means having a better life.

Gifty Amokwandoh, CC is a member of the Taste and ­Toastmasters club in Amsterdam, the Netherlands.