Leadership: It's Not About You

Are you ready to help others succeed?

Shar McBee, CC, had just turned 26 when she was placed in charge of managing a group of 500 volunteers, a daunting prospect for someone with little leadership experience or training. The initial months in that role tested McBee to her limits.

“I was discouraged because there were times volunteers wouldn’t show up, it was hard to get people to say ‘yes’ to certain tasks and I was receiving criticism,” says McBee, a member of the Fox Talkz Toastmasters club in Los Angeles. “I would lie awake at night thinking, I am just trying to do good here, why is it so difficult?” 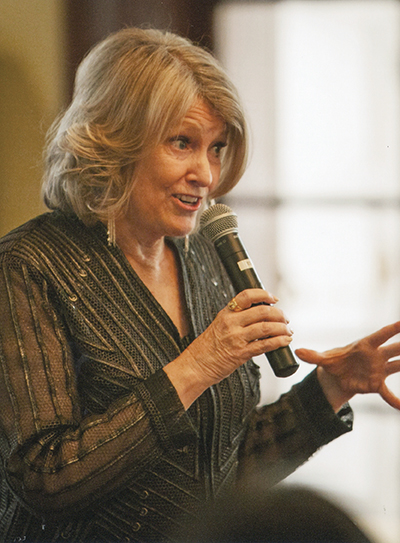 That’s when a mentor passed along a secret to McBee that transformed her life as a leader. “She said that you have to change your mindset from getting to giving,” says McBee. “The reason I was suffering is I was focused on getting things from my volunteers, getting them to do any number of tasks or to assume certain roles. Get, get, get. But how do you feel when someone is constantly trying to get something from you? It’s a turnoff.”

That shift in thinking set McBee’s leadership experience on a new course and laid the foundation for her future career as a ­motivational speaker, management consultant to nonprofit organizations and author of a best-selling book, To Lead is to Serve: How to Attract Volunteers and Keep Them.

“The more you can think of your job as making it possible for others to succeed, the more successful you’ll be as a leader of volunteers,” says McBee.

While a spirit of giving is crucial to being a successful leader, anyone who has led a Toastmasters club also knows a broader skill set is needed to master the role. Leading those who aren’t being paid for their time or services—regardless of their level of motivation or commitment—can present unique challenges. Creating a climate of accountability, setting clear expectations and managing team conflict takes on a different hue in volunteer-based settings than it does in for-profit environments. 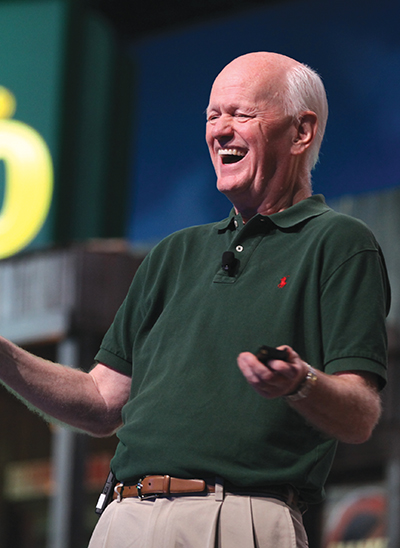 The more leaders can view themselves as “facilitators” of knowledge and team success, the more effective they become, says Marshall Goldsmith, an executive coach and business educator who has been named one of the world’s most influential leadership thinkers. Facilitating is different than serving, Goldsmith stresses, although both actions can have positive outcomes. Facilitators help those they lead find and apply knowledge, while servant leaders are more likely to give knowledge.

“Sometimes a leader doesn’t possess the right knowledge to help others, and the best aren’t afraid to say so,” says Goldsmith, author of the best-selling book What Got You Here Won’t Get You There and a consultant to some of the world’s top CEOs. “But the best excel at helping others find the knowledge or skills they need to succeed. While servant leaders may know enough to help others, there is some danger inherent in the term. The title sounds humble, but the reality is it could become egotistical if leaders start to believe they have all of the answers.”

Cultivating an “other-directed” mindset is essential to leadership success, Goldsmith says. “One of my clients is fond of saying that for the great individual achiever it is ‘all about me,’ and for the great leader it is ‘all about them,’” he says. “Leaders of volunteers need to make the transition from me to them and identify what drives members of their teams, because the source of that motivation can differ from person to person.”

While some volunteers might be driven by the overarching mission of an organization, for example, others might be motivated by a sense of belonging to a like-minded group. Only by spending time with club members at the outset of a relationship can Toastmasters leaders divine what each member’s passion is and work to accommodate it through different roles, challenges or speech topic suggestions.

“To lead is to listen,” McBee says. “We know this logically as leaders but it’s still a very hard thing to master. The only way to find out what motivates your team members is to ask questions and take time to truly listen to them.”

In the rush to get things done it’s easy for leaders to assign volunteers to jobs or tasks without first ascertaining their interests or skills, McBee says. While every team member must take his or her turn in different roles to serve the greater good, it’s also important they have time to do things that stir their passion.

“People join Toastmasters to grow and to stretch their skills, so leaders need to make sure they have the right opportunities to do that,” McBee says. “A volunteer leader might assign someone to handle the food without thinking much of it, for example, but maybe the person they’ve assigned doesn’t like to cook. We’re often consumed with trying to fill roles, but if we truly listen to volunteers we might find out they’re willing to take on something different or even something bigger than we thought. Or maybe there’s a chance for people to switch duties or roles so both [parties] end up happy.”

Sometimes volunteers want to give more than leaders expect, McBee says, and sometimes they want to give less. “Giving them some say in their roles is a key to recruiting and keeping volunteers happy,” she says.

Leaders also have to balance gratitude with creating a culture of accountability, ensuring that team members receive praise for their hard work and accomplishments but also requiring that everyone honor their commitment to the team and to their individual duties. 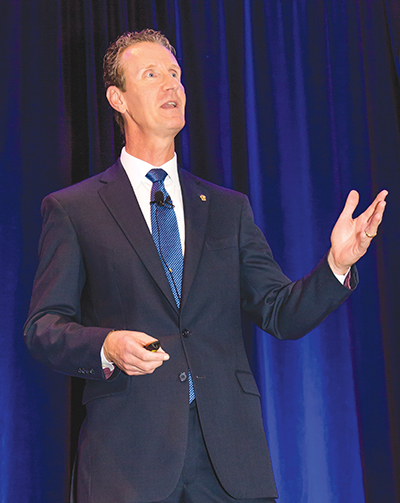 Van Dyke says a key to creating a culture of accountability is setting crystal-clear expectations and ensuring role clarity. He created a “working agreement” document for volunteer-driven organizations that helps leaders and team members reach consensus on expectations for their respective roles. “Clarifying expectations is not always an easy conversation to have, but if done right it’s almost always productive and valuable for both sides,” Van Dyke says.

Leaders invariably will have club members who test their patience or prove challenging to lead. In some cases, Van Dyke says, these members will be smart, dedicated and resourceful, but they can develop a sense of entitlement or grow intransigent. Van Dyke calls these volunteers “baby tigers” and says they require one of three leadership approaches:

McBee says creating a strong sense of inclusion and connection is essential to building a productive and harmonious Toastmasters club.

“I will sometimes put up two signs for audiences during my speeches—one sign on the right side of the room titled ‘us’ and one on the left titled ‘them’—and then ask people to stand under the sign they prefer,” McBee says. “Which do you think most people stand under? People need to feel a sense of connection. If you can make volunteers feel included they will support you as a leader, but when they feel excluded they may try to undermine you.”


To Lead Is to Appreciate

There’s one thing most leadership experts agree upon: Thanking your fellow Toastmasters for the roles they play and the work they do is a gift that keeps on giving. “I once heard the CEO of an organization say, ‘A human being’s greatest support system is gratitude,’” McBee says. “People need appreciation and they don’t forget it when you thank them.”

Goldsmith says the act of appreciation has a power many leaders tend to undervalue. “Recognition doesn’t cost money; it’s something anyone can do and it makes a huge difference in people’s lives,” he says.

Gratitude is especially important for longtime club members, McBee says, since their contributions and efforts can sometimes be taken for granted.

“Those long-tenured members represent the ‘steel’ or foundation of your Toastmasters club, and without the steel a building will crumble,” McBee says. “You don’t want to overlook thanking your tenured volunteers. When the going gets tough as a leader, they often will be the first ones to support you.”

There are few things in life more daunting than assuming a leadership role for the first time, whether that’s leading a Toastmasters club or a work team for your employer. A key to success as a newly minted leader is to “flip your script,” says William Gentry, Ph.D., author of the acclaimed book Be the Boss Everyone Wants to Work For: A Guide for New Leaders.

New leaders increase their odds of success if they can flip the script in some key performance areas, Gentry says. The phrase refers to shifting a mindset from being an individual contributor who is rewarded for personal accomplishments to a leader focused on the success of others.

Gentry says that leaders must change their thinking that everything is about them. “I use the old relationship break-up line of ‘it’s not you, it’s me’ to describe the shift needed,” he says. “New leaders have to change that mindset or they can ­easily derail.”

Here are some of the areas where new leaders need to flip their thinking, with findings based on research Gentry conducted on 300 first-time leaders:

Successful first-time leaders have a thirst for learning and continual improvement, Gentry says, but not for the purpose of making themselves look good or to stand out from the pack. “The most successful new leaders don’t seek perfection but accept that they’ll make mistakes and grow from them,” he says. “That’s a hard flip to make from a high-performing individual contributor who may not be accustomed to failing.”

The technical skills that have made new leaders successful in past roles don’t carry the same weight in leadership positions. “When I ask people in my research about the best leader or manager they’ve ever had, I never hear anyone say those leaders had great technical skills,” Gentry says. “It’s usually about their communication skills, their mentoring skills, their integrity or how they supported their teams through thick and thin.” The best leaders deflect credit and have their teams’ backs, Gentry says.

A top challenge for new leaders is transitioning from peer or friend to boss. “Moving from being alongside your team to above them is a unique and often jarring challenge for first-time leaders,” Gentry says. “No other leadership level has that obstacle.”

New leaders often struggle with delegating and trusting their teams to perform. “If someone on their team is underperforming they often take it upon themselves to do their work for them,” Gentry says. “But it’s crucial that they learn early to coach, develop and mentor others rather than simply ­taking over their work.”

This requires adopting a win-win attitude rather than looking to triumph over others. “It means believing ‘I can understand your goals, you can understand mine, and we can find a way where both of us win,’” Gentry says. “It’s about shifting from a narrow perspective to a broader one that understands how all of the pieces of a team or of an organization fit together.”