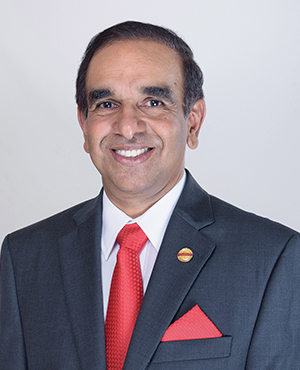 The famous Scottish philosopher Thomas Carlyle hit the nail on the head when he said, “Man is a tool-using animal. Without tools he is nothing, with tools he is all.” Do you have all the tools you need to succeed?

I recently heard about a man in Maryland named Thomas Lane. Thomas had been incarcerated for more than 20 years when he learned about a Toastmasters club at his correctional institution. He attended out of curiosity but stayed because he saw something worthwhile. He said he found the program fun, challenging and rewarding. He served as president of the club—NU Genesis Toastmasters—earned a Competent Leader award and greatly expanded his personal toolkit.

After his release 11 years ago, how did Thomas use the skills he had acquired? He became an area governor, attended college and graduated with a degree in graphic design. He now is a valued employee at Maryland Correctional Enterprises, teaches college and gives motivational speeches to numerous organizations. His toolbox is overflowing.

I see so many members stop as soon as they have reached their initial goal, not seeing new paths open right before their very eyes.

I see so many members stop as soon as they have reached their initial goal, not seeing new paths open right before their very eyes. We, like Thomas, need to keep building our skills, one upon another, by continuing to complete each of our projects. This is the way we can create our Toastmasters Toolbox.

The next time you apply for a job, seek a promotion, tackle a new endeavor or organize a special event, do you want to show up with an empty or partially filled toolbox? Or would you prefer one that is equipped with plenty of pieces to help you do the work? Make sure your box is well stocked. Working on Toastmasters manuals, projects and modules, and actively participating in club or district meetings, allows you to pick up new tips and enhance your talents.

No one can build the future you envision except you. So pick out the tools you need and start building a new you.