How to master the art of followership. 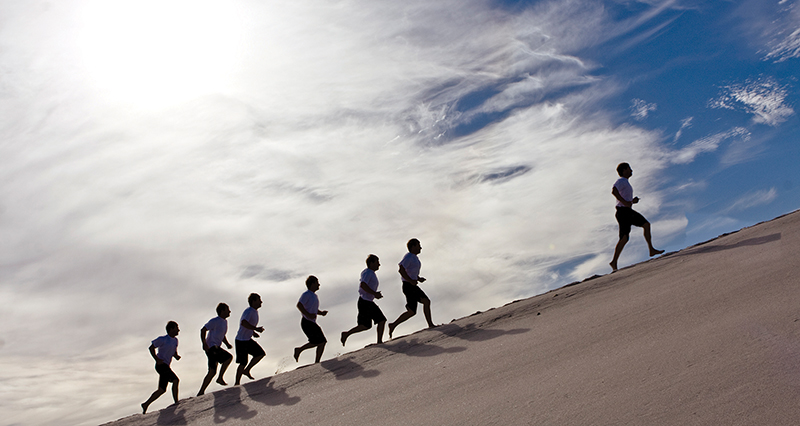 “How well the followers follow is probably just as important to enterprise success as how well the leaders lead.”
— John S. McCallum, University of Manitoba


There’s an old story in which a prophet curses a community with these words: “May every one of you become a leader.” And yet, in nearly every business school seminar and college graduation ceremony—not to mention Toastmasters meeting—the goal seems to be to nurture leadership. Can there be such a thing as too many leaders?

Think about it: While good leadership is a must, not everyone can be in charge at the same time. Too many leaders in a single group can make for chaos and dysfunction. So in any given organization, followers must outnumber leaders. What’s more, leaders can’t accomplish much of anything without followers. This means the latter had better be good at what they do.

Which brings us to the relatively new field of “followership.” Followership focuses on the ingredients required for a positive, successful relationship between followers and leaders. While leadership training has tended to put the onus for this relationship squarely on the shoulders of leaders, strong followership empowers the rest of us to reach our goals for the good of the company, our leaders and ourselves.

In today’s information age, followers (non-managers, for example) work more independently than before, say workplace experts. “This requires an entirely different relationship between leaders and followers,” writes Ira Chaleff in his book The Courageous Follower: Standing Up to and for Our Leaders. Chaleff is chairman emeritus of the Congressional Management Foundation in Washington, D.C.

John S. McCallum, professor of finance at the University of Manitoba in Canada, says, “How well the followers follow is probably just as important to enterprise success as how well the leaders lead.” McCallum describes the fallout for an organization if a leader can’t depend on his or her followers: poor work ethic, bad morale, distraction from goals, unsatisfied customers, high costs and product quality issues, all of which can lead to organizational confusion and poor performance.

In many ways, leaders must learn to follow and followers must learn to lead. In the same organization on any given day, an employee might serve in both roles depending on the situation. Lorraine Whitmore, DTM, club president of Metrowest Toastmasters in Framingham, Massachusetts, sees effective followership as “support,” and considers it inextricably linked to her role as a leader.

“This is my fifth club serving as president,” she says, “and I see the role as constantly alternating between leading (teaching, demonstrating, etc.) and then stepping back and giving the opportunity for the members to rise up and perform their roles to the best of their ability.”

“I strongly believe this is what good leaders do. A large part of our role is to create a space for others to lead.”

Lori Vinikoor, DTM, is a former division governor in Florida. (She served in the role before the title was changed to “division director.”) She agrees that it’s crucial for a leader’s followers to be good leaders themselves. “As division governor, I worked with excellent area governors [now called ‘area directors’] who were leaders in their own jobs,” says Vinikoor, a member of the West Boca Raton Toastmasters.

One of the greatest ­mistakes in business is the belief that somehow followers are either leaders-in-training—or losers.

“Whenever I got a lead to create a new club,” she explains, “I gave it to one of my area governors. I said, ‘Here, I have a potential club. Meet me at such and such place; we’re going to do a test meeting, and then I need you to help create the club.’ They knew just what to do, and they did it. They wanted to go above and beyond. That’s what it’s all about.”


Followers Are Winners Too

While many of these area governors advanced further on the Toastmasters leadership ladder, a good number of employees in companies and organizations have no interest in ever securing a corner office. Which isn’t to say they’re pushovers. One of the greatest mistakes in business, say leadership experts, is the belief that somehow followers are either leaders-in-training—or losers.

Chaleff conceived of the concept of “courageous follower” as a model of followership because he felt that “courage is so antithetical to the prevailing image of followers and so crucial to balancing the relationship with leaders.”

Management consultant and CEO Nancy Proffitt says, “I’ve seen too many employees who love what they do and do it well. Then one day someone says, ‘So, when are you going to get into management?’ Now these great workers begin to feel that there’s something wrong with them if they don’t get into a position of leadership. But when they climb the corporate ladder, they’re miserable.”

“Everyone has to have a sense of his or her own purpose,” she says. “That doesn’t always include having a bigger title or taking a leadership role.”

So if you’re not planning to become a leader, how can you become the best follower you can be? Here are some tips.


What Type of Follower Are You?

The first step to becoming a better follower is to recognize your current followership style. Robert Kelley, professor at the Graduate School of Industrial Administration at Carnegie Mellon University in Pittsburgh, Pennsylvania, coined the term “followership.” He describes five types of followers:

Of course, certain leaders and situations can bring out responses that we wouldn’t have in other cases, but identifying our general tendencies can help us thrive.


How to Be a Star

Business experts agree that great followers exhibit ego management—that is, the ability to take a back seat when the situation is warranted and to know when to forego personal gain for the good of the team. Other important traits are courage, commitment, competence and self-management, judgment, work ethic, honesty, discretion and loyalty.

Traits like these can also help followers nurture successful leaders. That’s right: Rob Asghar, a management consultant and author of Leadership is Hell: How to Manage Well and Escape with Your Soul, says that by being a capable and generous follower, you can nurture better leaders in your workplace and your everyday life. He offered advice in a 2016 Forbes.com article, “Why Followership Is Now More Important Than Leadership.”

This all adds up to great working relationships and benefits for all. And that’s good news wherever you are on the followership/leadership spectrum, and wherever you want to be.