How my speeches led to a new career as a humor writer. 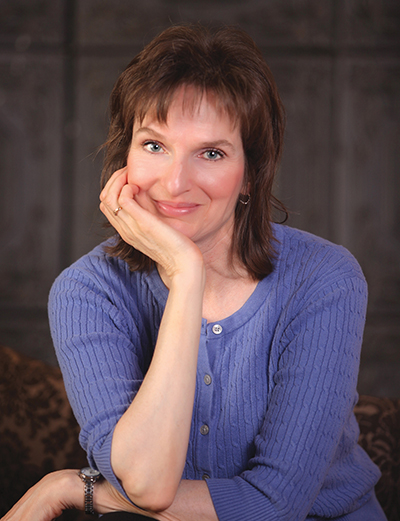 I owe a lot to a woman named Kathy. I only knew her for a short time long ago, and I’ve completely lost track of her, so she doesn’t know this—but she helped put me on a path I hadn’t imagined for myself when she invited me to join her Toastmasters club.

I’d just graduated from college and moved to a small town to work as a radio announcer. I was 22 and single. I didn’t know a soul, and I worked Monday through Saturday, midafternoon until 10 p.m. It wasn’t the makings of a great social life.

I’d graduated with majors in journalism and communications, so I was interested in public speaking. But that’s not why I took Kathy up on her invitation. The club met for breakfast, and with my schedule, a breakfast meeting seemed like the closest thing to having a social life. Sounds pretty desperate, I know. But it was a great way to meet people, especially the kind I liked to meet: motivated men and women from all walks of life who wanted to improve themselves and their communities.

In 1984, I moved to South Dakota. I immediately joined a Toastmasters club; not just to meet people. I’d realized I loved giving humorous speeches. I began competing in Humorous Speech Contests and won some. At that time, the Humorous Speech Contest went to the regional level, and in 1987, I won with a speech about Publishers Clearing House sweepstakes.

I’m a little slow to catch on, though. It took me nine more years to decide that I wanted to devote myself to writing humor. I submitted some of my speeches to my local newspaper, and the editor agreed to take me on as a humor columnist. That was 20 years ago, and today my column runs in publications in 10 states in the West and Midwest United States.

As a columnist, I’m frequently asked to present, and Toastmasters has given me the confidence to do it.

I have a day job now, so my social life has improved. But I’m still in Toastmasters and I often inflict my columns as speeches on my longsuffering fellow members. Practicing columns as speeches has become such a valuable tool that I even have a name for it. I call it “toasting a column,” and I usually “toast” speeches/columns while I walk on my treadmill. It’s multi-tasking at its best. I’m practicing a speech, working on a column and exercising. It’s far less tedious when I do them all at once!

There are differences between the written word and the spoken word but fewer than you’d think, especially in humor. I want my reader to hear my voice. That’s a function of word choice and word and sentence length—all things I can try out while I’m “toasting” my column.

And presenting a column as a speech has other benefits. The audience’s laughter—or lack of—lets me know what works and what doesn’t. Comments from my evaluators and my audience give me ideas. And as a columnist, I’m frequently asked to present, and Toastmasters has given me the confidence to do it.

In 2014, I published a collection of essays called I Used to Think I Was Not That Bad and Then I Got to Know Me ­Better. And this year, I published my ­second book, I Didn’t Know You Could Make Birthday Cake from Scratch: Parenting Blunders from Cradle to Empty Nest. Promoting books involves media interviews, readings and presentations. Thanks to Toastmasters, I’m able to pull it off, even when I’m nervous. I often think of how grateful I am to Kathy, wherever she is, for inviting me to join her club all those years ago.

But it’s bigger than that. I might have found my way to writing humor anyway, but my Toastmasters membership and my career as a humor columnist and author are so intertwined, I can’t imagine how. I can’t help but wonder, when I mentor a new member or invite a guest to my club, what Toastmasters might bring into their lives that they haven’t yet imagined.

Dorothy Rosby, ACS, CL is a ­member of Top 5 Toastmasters in Rapid City, South Dakota. Learn more about her at www.dorothyrosby.com.