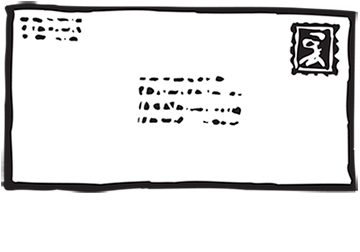 This note is in support of Susan Coon’s letter, headlined “Too Much Cynicism,” in the November 2016 issue. The letter reflected her disagreement with John Cadley’s July column “You Got Me a Card! How … Nice.” One day, I went to my mailbox and found a handwritten card enclosed in an envelope. It was from my district’s program quality director (PQD). She was personally writing to thank me for my work with the silent auction during the recent district conference. It brought a big smile on my face! The gesture meant so much to me because, for the most part, I was a committee of one and endured many challenges to make the event successful.

It reminded me that district members actually care and appreciate the things I do to serve and help our members. I called and left a voicemail telling my PQD how much her card meant to me. Let’s not underestimate personal appreciations.

I was very surprised to come across the word emcee in a letter from Jean-Marc Glasser in the November issue. I can understand the writer being puzzled since, as a well-educated Australian of very mature years, if I had read the word emcee I would not have known what it meant either. Perhaps the reason it is new to me is that it is exclusive to Toastmasters and I am a relatively new member. Master of ceremonies has always been the term used, and any written or spoken abbreviation has always been the initials MC, not a single phoneticized word.


Editor’s Note: American English is written in different styles, and the Toastmaster magazine, in general, follows The Associated Press style, which offers this: “British spellings, when they differ from American, are acceptable only in particular cases such as formal or composition titles: Jane’s Defence Weekly, Labour Party, Excel Centre, London Palladium Theatre.” In some other cases Toastmasters-specific style is used, as are entries in the Merriam-Webster dictionary.

One thing that Toastmasters has taught me is that variety truly is the spice of life. So when I read the article “When Choosing Nouns and Verbs, Stay Strong” by Paula Fuchsberg (November), I half-heartedly agreed with everything she wrote. Although I enthusiastically champion her main premise that a speech is enhanced by the speaker using vivid and descriptive nouns and verbs, she only told half the story.

I started this letter by remarking on variety. Well, it turns out that once you have trained yourself to use short, punchy nouns and verbs, you need to do a quick reversal. Sprinkle back in some longer, round-a-bout words into your speech to break up the sameness.

A good speechwriter soon realizes that short, powerful word structure can set up the audience to enjoy a wordy, ‘slang-ish’ comment or two to drive a point home. A British detective show had one character retort, “I didn’t really try to climb over the fence; let’s just say I ambitiously fondled it.” This is just an example of how artful verbiage can follow short declaratory words to build up the hyperbole, hysteria or hilarity.

Being the Best You Can Be

Mike Storkey’s Viewpoint (November) on how being prepared is important is admirable. However, I would argue that his viewpoint is idealistic, and that being unprepared is a perfect teaching moment. Often, good intentions and plans don’t meet. If members sign up and show up (to participate in some way), they demonstrate commitment and are as prepared as they can be at that moment. I would hope that their evaluators give them advice on ways to prepare, such as talking about their subject in conversation with others to get prior feedback. If evaluators don’t offer advice, general evaluators should. In addition, this is an opportunity for the members’ mentors to teach them about the time required to prepare adequately.

Members also have an opportunity to give written advice and encouragement. Most things in life aren’t learned when we do them right; they are learned when we make mistakes. It is the club’s job to create a safe environment where the member can make mistakes and then be guided to learn from those mistakes. Being prepared is great, but sometimes it is idealistic. We need to support our members so they can learn and grow.