Believe in the Power of Your Voice 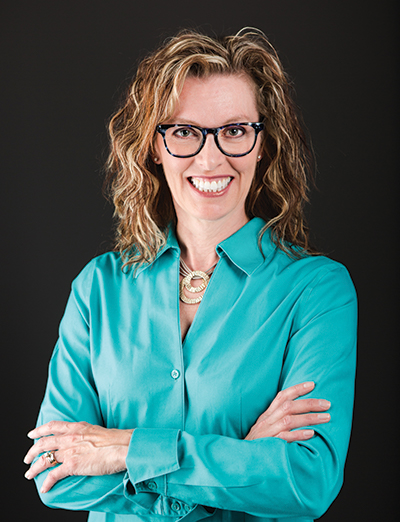 Sherry Benson Podolchuk looked at the bottle of sleeping pills in her hand. All she wanted was to fall asleep and feel nothing—ever again. Then she glimpsed her daughter’s school picture and in that instant knew she couldn’t do such a terrible thing to her little girl.

That desperate night was a long way from where Sherry started as a new recruit in the Royal Canadian Mounted Police (RCMP) 20 years earlier. A new mom who wanted to make a better life for her daughter and a positive impact on the world, Sherry relished her initial training and looked forward to the promised camaraderie with her colleagues. Instead, she says, she found herself bullied and isolated. But she refused to suffer in silence, and those listening to Sherry now speak against harassment and bullying can hear her fighting spirit. A member of the Toastmasters in the Arts club in Manitoba, Canada, since 2013, she has used her Toastmasters skills to write books, answer questions for committees and speak out within her community.

Shy and private by nature, Sherry says she tried to ignore what started as graphic nicknames at work. “It knocked my socks off. No one had ever spoken to me like that before,” she says. When that didn’t work, she spoke to each individual. Finally, in frustration she went to her boss, but the bullying escalated beyond name-calling, she says.

“If anyone had spoken in my defense, the bullying would have stopped. It just takes one person to ruin a workplace if there is ineffectual leadership.”

In the years that followed, Sherry battled to be free of harassment and discrimination in the workplace—and had to deal with retribution for her efforts. Her physical and emotional health declined, but she didn’t stop fighting back. It turns out that Sherry was far from alone in what she endured. In October 2016, the head of the RCMP publicly apologized to hundreds of women who had been bullied, sexually harassed or discriminated against as officers or employees of the force. 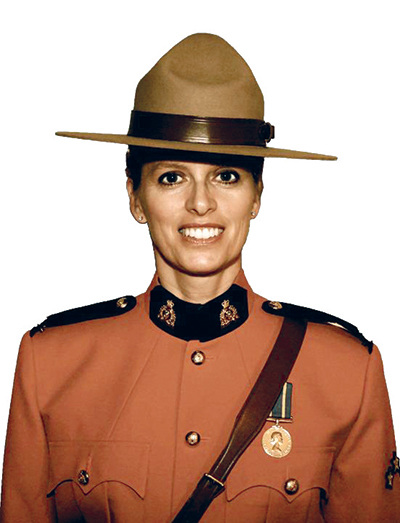 Throughout the years, Sherry documented her ordeal and began journaling as part of her recovery. It dawned on her that she could write a book that might encourage others to speak up, to hold bullies accountable and lead to changes. Women Not Wanted was published in 2007 and a second book soon followed that shares tools and strategies for dealing with workplace bullying. Her upcoming book is about her insight into post-traumatic stress disorder—a topic she says she lives with daily. It took almost a year after her retirement from the RCMP in 2009 to recognize she was finally free of the harassment.

Knowing it was important to get her message out, Sherry struggled when expressing herself. She joined the Canadian Association of Professional Speakers to meet other speakers and see how they trained. Then in 2013 she heard about a new Toastmasters club starting up. “Today, part of my self-care is going to the weekly meetings. I’m surrounded by positive people in a fun, relaxed group,” she says. She particularly values the constructive feedback she receives. “I learn something at Toastmasters every week.”

Sherry continued to gain confidence in her speaking skills and jumped at the chance to give a talk at TEDxWinnipeg. Her presentation was called “How I Survived Workplace Bullying.” Not only was it a way to connect with a live audience, but it gave her a chance to spread her message virtually throughout the world.

Most recently her input was sought by Canada’s Department of National Defense and Security Senate Committee regarding how to move the RCMP forward as an organization by implementing work culture changes—something she believes is possible because “there are good officers in a bad system.” Her Toastmasters skills came in handy. “We each had a minute or two to respond to questions from the committee. As I listened to some of the others, I recognized how much I had improved.”

Sherry originally became a police officer to make the world a better place. Although it didn’t happen exactly as she thought it would, she’s achieving her goal as she continues to spread her message of empowerment: You can get through this. Believe in the power of your voice.