Audiences are getting tired of “My Struggle and Your Lesson” talks. 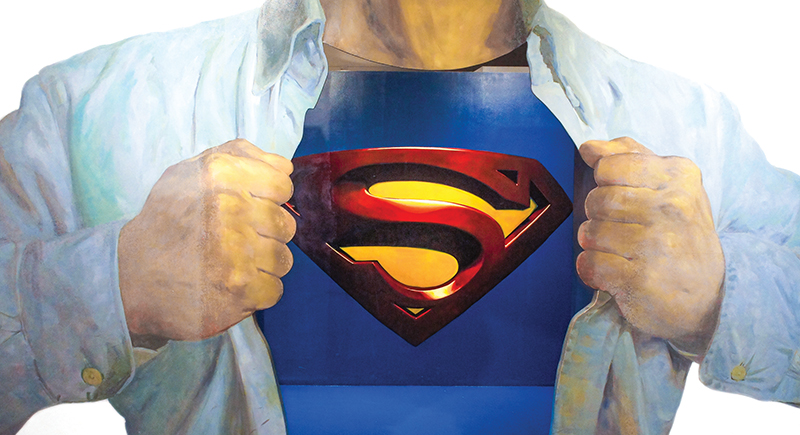 So you’re preparing for an important presentation or pitch, and you’ve crafted a great story. But do you have the wrong hero? Here’s why it’s more compelling—and valuable—to position yourself not as the hero in the story, but as the mentor.

Several years ago, I was coaching the CEO of a startup who was preparing a pitch to a prospective client. He also planned to use much of the material for that in his upcoming talk at an important industry conference. He had several anecdotes and stories, all of them powerful in their own right.

When he began his third story my discomfort became ­noticeable.

“You’re not going to like this,” I replied. “All your stories are about you.”

“Hey! You’re the guy who says that emotions sell,” he said. “This stuff comes from deep within. What better way to tell an emotional story than to tell my story?”

“You want to give the most compelling presentation you can, right? Ultimately, you want to sell.”

“Stay with stories,” I said, “but tell someone else’s story! When it comes to conference speeches, audiences today are getting tired of the ‘My Struggle and Your Lesson’ talks. This will sound brutal, and I’m not singling you out but, rather, an entire army of presenters and vendors out there today. It’s all becoming a bit narcissistic.”

“But I want to show the audience that I’m battle-tested. What better way to show my expertise than to show them I’ve been through this too?”

“Do you want your prospects to see you as likable and emotionally vulnerable … or professional and commercially valuable?”

“A knee surgeon may have never had knee surgery. Does that make the guy with the bad knee the expert? Which one of the two would you wish to give you advice on your knee, or even ­operate on it?”


You are not the hero. Your customer is.

The best salespeople know this. So do the best writers throughout history. They know what makes a great hero … and what makes a compelling and valuable mentor.

In storytelling, heroes are not who many of us, exposed to pop culture, think they are. They are not the ones who have all the answers and solutions. They are not the ones who rescue cats from trees. Over the centuries, in great literature and in great storytelling, timelessly and universally, heroes struggle! They don’t have all the answers, and they crave love and guidance. No struggle, no story. And the more compelling the struggle, the more compelling the story.

Harry Potter is a classic example. One of the great lines in this enormously popular book and movie series comes when Professor Dumbledore tells Harry, “It is our choices, Harry, that show what we truly are, far more than our abilities.”

Harry is the hero. And Harry was, at this point in the story, struggling with a decision, a choice. Your prospective clients have a choice too: to go with the competition, make no decision at all or choose you.


So now you have a choice.

When you prepare your next pitch or conference presentation or club speech around a story, do you want to be the hero or the expert? Before you answer that, also consider this: Do you want to captivate your audience and be seen as valuable?

If you stand up in front of a few hundred people, and essentially say, “I’m going to tell you about my struggle and what you can learn from this,” isn’t it possible that a third of the audience will switch off and another third will think, Here we go again. Another touchy-feely, vulnerable narcissist.

Crafting a speech around your “glorious struggle” really puts you in danger of ­positioning yourself as self-absorbed.

If that happens, then a mere third of the audience will still be with you, but it might not even be the top third of your target audience. Cynical? Perhaps I am. But I’ve sat in audiences—surrounded by other audience members— and this is the reality. Sure, some will smile endearingly. But don’t limit your observation to the supporters.


So, yeah! Give me a struggle. Just make sure it’s somebody else’s.

Crafting a speech, and certainly opening a speech, around your “glorious struggle” really puts you in danger of positioning yourself as self-absorbed. If, however, you build your pitch around someone else’s struggle, it will position you as someone who has, at the very least, done some good research or, even better, as a professional who has helped heroes through their struggles to succeed.

Whether you’re making a presentation at a conference or a pitch to a prospective client, sometimes you’ll have an audience with whom you haven’t yet worked, so your story relates to the listeners in general—but it’s specifically about a past customer you helped. You’re using their story as a case study, an example. The story is about the audience or prospective client in the sense that they are in this same situation, yet it happened to someone else. The bigger point, of course, is that it’s not about you, the presenter.


The mentor is also a great salesperson.

1. That no one else can accomplish the mission, only the hero is capable.

2. If the hero decides not to do it, the world will go to hell in a handbasket and evil will rule.

3. The hero doesn’t have to go it alone—they can rely on a ­trusted advisor.

This is very persuasive.


So be the mentor and make a customer your hero.

There are two benefits to playing the role of the mentor—when done tactfully, of course.

1. You won’t run the risk of two-thirds of the audience emotionally checking out of your talk early on. A story of someone else’s struggle, on the other hand, doesn’t make the presenter seem self-important, and it is insightful.

2. You will be seen as valuable. As always, be careful not to sell from the stage. Don’t talk about your value but, indeed, show it. Weave your value statement into your story. That’s the craft of great business storytelling.

When people see you as the mentor, they see your value. And they more often buy from you.

Jack Vincent, DTM is a member of Toastmasters Zug in ­Switzerland. He is a sales consultant and the author of A Sale Is A Love Affair—Seduce, Engage & Win Customers’ Hearts. Read his blog at www.JackVincent.com.