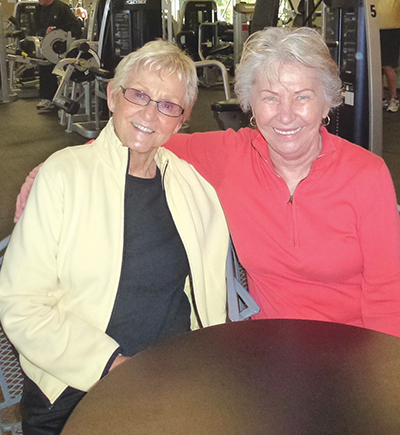 Sally Rash first met Anne Machalek in 2007, when they worked together on a volunteer committee for a charitable organization. They also belonged to the same fitness center. Anne had been a member of the Siuslaw Tale Spinners club in Florence, Oregon, since 2004, and frequently spoke to Sally about Toastmasters.

Sally says talking to people was never a problem for her. “Boy, can I talk! But I wanted to learn to speak to inspire.” Sally joined Anne’s club in 2011, and Anne began mentoring her. “In the club I experienced the difference between talking and speaking,” says Sally. And then, in 2015, she achieved something that she never expected: Her book Sally’s Silly Small Step System was published.


To what do you attribute your success?

My book would not have come to life without Anne. When I delivered my first three speeches, she listened closely, all the time building my confidence with her exceptional, constructive evaluations—it takes a real knack to get a speaker to take in all the advice given.


Did you always want to write?

No! Over the years, folks laughed when I told them about my small-step approach to doing things. But I gave a speech on that topic—the small-step approach—for Project 10, “Inspire Your Audience,” in the Competent Communication manual and then delivered it again at the club’s International Speech Contest. Then I delivered it at the area and division contests and Anne convinced me to put the words into a book.


How did her feedback help you?

Anne’s feedback on having an attention-getting opening and closing for speeches also translated into my writing. And I found that listening to my editor as she worked on my book was like paying attention to Toastmasters evaluations. It was an experience of a lifetime for this 75-year-old woman, but my greatest reward is having become friends with Anne.