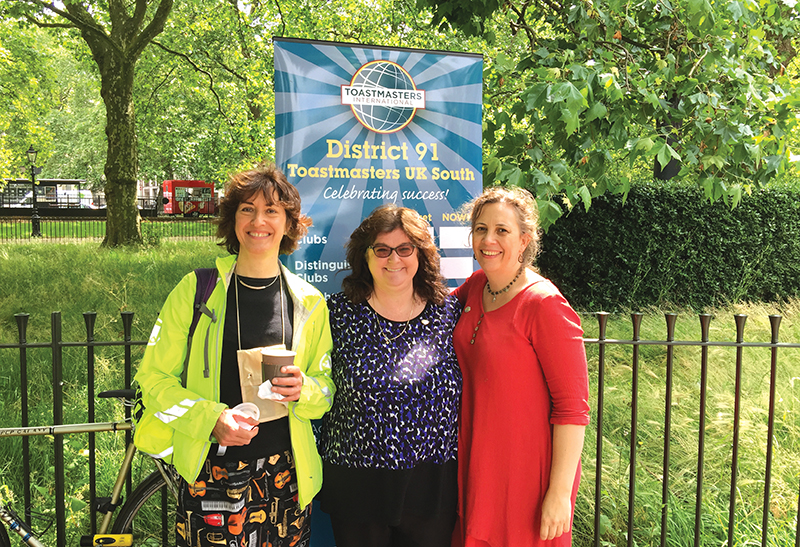 Fifteen members from various clubs in District 91 held a demonstration meeting at Hyde Park’s Speakers’ Corner in London to celebrate the end of a successful Toastmasters year. Speakers’ Corner is a traditional site for public speeches and debates and has a long tradition of accommodating large public demonstrations since the mid-1800s.

The district’s spur-of-the-moment idea still offered prepared speeches, evaluations and lots of Table Topics, which were delivered by Toastmasters and people from the crowd. Onlookers varied from 10 to 40 people during the 90-minute event. After the meeting, members picnicked in the park and celebrated what has been a great year for the district (United Kingdom South).