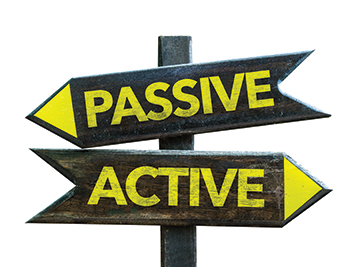 Some of history’s most notable wordsmiths have frowned upon the overuse of adjectives and adverbs. Their point? Aim instead for more vivid, specific and descriptive nouns and verbs—which will strength your speechwriting while streamlining it, too.

Think of your speech content as a meal, with nouns and verbs as the main course. They merit the most focus, because if they’re flat and flavorless, the rest of your words won’t salvage the situation. Let’s say you plan to tell your audience that you “ran home quickly before the big rainstorm.” Saying instead that you “sprinted home before the deluge” is pithier and more powerful; your listeners can instantly picture the scene. Using nouns and verbs that especially appeal to people’s senses, thoughts, actions and emotions will draw them in and drive your speech forward while embracing the time-honored principle of “show, don’t tell.”

When drafting your text, scrutinize and sharpen your word choices, steering clear of the vague, the generic and the humdrum. If you sense the need to modify a noun (with an adjective) or a verb (with an adverb) to emphasize a particular point, see if instead you can substitute a stronger, more striking noun or verb and eliminate the modifier altogether.

Having trouble thinking of a fitting alternative? A thesaurus can be your best brainstorming companion. If you’re seeking a suitable synonym for the verb break, for instance, a thesaurus would offer up shatter, split, rupture, snap, fracture and more. One of those might provide just the nuance you’re looking for.

Paula Fuchsberg is an editor at Vanguard and a member of Majestic Toastmasters in Malvern, Pennsylvania.