Sound Strategies to Make Sure Your English is Understood

Tips to make sure your English is understood. 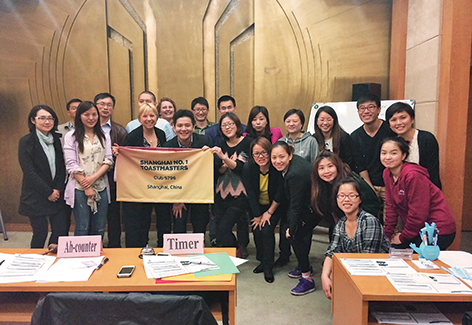 On his way out of the house, my father said, “Oh, by the way, come down to the Toastmasters club tonight and meet two new members. We need some ideas on how to help them.”

Visiting Toastmasters clubs was part of my upbringing. My father had belonged to several clubs through the years, including this club in Indiana. During this particular time, I was home on break from the university where I was studying neurocognitive science and theater.

The two new Toastmasters I met that night were scientists from India and China working in the United States for a global organization. They joined my dad’s club when they recognized the difficulty others had understanding their English. I became increasingly intrigued by the idea of helping non-native English speakers be better understood. After a few more club visits, I changed my college major to speech and communication science, and my journey began.

I now work as a speech and communication specialist, and I’ve been a Toastmaster for more than 20 years. I consistently refer my clients to Toastmasters clubs, because they offer such a valuable environment for those who speak English as a foreign language—a safe place to practice and improve.

To Be Understood
While English may share commonalities with some languages—in rhythm, stress patterns, actual sounds and spelling—other languages may have fewer commonalities with English. The goalfor an English-as-a-foreign-language speaker is to speak English with enough of the language’s sound code to be readily understood.

Several years ago, as a member of the MIT Easy-Speak club in Cambridge, Massachusetts, I designed a program to help non-native-speaking members be more clearly understood in English. I did it with the encouragement of Ruth Levitsky, past president of the MIT club, which draws many non-native English speakers because MIT (the Massachusetts Institute of Technology) attracts scholars from all over the world.

I’ve offered the program at a number of district events,including a District 85 training event this past April in Shanghai, where I once was a member. (The workshops are always free—I only ask that participants pay the cost of printed materials.)

My strategies emphasize having such speakers “add” parts of a new accent code—in this case, Standard American—to their speech. Non-native English speakers don’t need to change their entire accent—just some key parts. Speakers often “codeswitch,”or alternate between two different accents as they learn, but with practice their accent stabilizes for each separate language they speak.

Below are five tips to help non-native speakers with English accent addition.

1 - Practice. Speech is a game of turning complex ideas into intricate, highly coordinated muscle movements. It takes a great deal of speaking practice to make such movements automatic, thus creating “muscle-motor memory” (also called “procedural memory”). To strengthen new muscle-motor memory for the English accent code, you must speak English at least eight hours continually throughout each day. One of the best places to practice is your Toastmasters club.

2 - Improve Listening Comprehension. Zig Ziglar, the famed motivational speaker, once said, “You can’t hit a target that you can’t see.” The same is true for sounds. We can’t say a sound we can’t hear. Many sounds and pronunciation patterns in English have similar-sounding substitutions, yet the English-as-a-foreign-language speaker may not hear these differences. Why? Because a particular sound or pattern may not exist in his or her native sound code.

For this reason, it is important to work with native English speakers who can focus on key sound differences. Several resources can help, including training software from EnglishTalkShop.com and programs such as “Minimal Pairs— Word Lists” by speech-language pathologist Caroline Bowen, Ph.D., at speech-language-therapy.com.

3 - Slow Down. To be clearly understood, use effective pauses and slow your speaking speed. Audience members need time to absorb what you say. The most critical pronunciation differences in language are rhythm and stress patterns. When we hear someone speak, our brain listens for timing and melody in spoken words and phrases. The speaking rhythms and syllable-stress emphasis of speakers from South Asia, India, Africa and other countries are very different from those of English speakers. When patterns are different than anticipated, it takes the listener longer to understand.

Try this exercise: Start by reading aloud a paragraph or poem of 100 to 120 words. Time yourself, and then try to say the piece in 60 to 65 seconds. To build your skills, listen to the effective, full-second pauses used by Presiyan Vasilev in the speech he gave to win the 2013 Toastmasters World Championship of Public Speaking. (The speech is at youtu.be/9k92IGhnLig.)

4 - Saying Numbers. Toastmasters can practice saying numbers like “13” [thir-TEEN] and “30” [THIR-ty], and so on, by taking on the timer role at their club. Reciting a poem during a club meeting—for example, during the “inspirational” segment that some clubs employ—can be another good opportunity to practice stress and rhythm. Use Merriam-Webster.com to hear the correct pronunciation of words, and make certain to emphasize the appropriate syllables. For example, the word “idea” is pronounced “I-DE-ah,” not “I-dee.”

5 - Find a Mentor. Just as when learning a new sport, you need a mentor and an accountability partner, someone on your side who can listen and practice with you. To improve English-accent addition, I recommend that a member have a mentor for a minimum of 10 speeches.

Toastmaster Vijay Agarwal, a brilliant and gregarious engineer, struggled to be understood. His first language is Marwari, a regional Indian dialect that has multiple rhythms, stresses and sounds that are different than English. I worked with him for two months to develop a transitional program that he could use in his club so he could be better understood when he spoke.

Find a mentor in your club who will help you serve in a club role and help you practice your English-accent addition through at least 10 speeches. Arrange a time to practice before meetings. Although there are many more rhythm, syllable stress and sound rules, these are a great start. Utilizing the resources of Toastmasters—with just a bit of extra focus—can make a big difference in being understood.

Phyllis Thesier, ACS, CL, is a member of Plymouth Toastmasters club in Plymouth, Wisconsin, as well as the Toastmasters@MIT club in Cambridge, Massachusetts. She is a nationally certified speech and communication specialist with a Master of Arts in Teaching degree. Phyllis speaks on communication and culture at various universities and professional organizations.