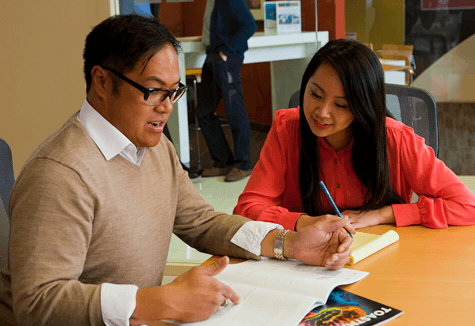 When Pat Johnson joined Toastmasters, she was petrified. Arriving at her first club meeting in Swan River, Manitoba, Canada, she summoned all the courage she had just to walk through the door.

Yet Johnson eventually flourished, achieving a Distinguished Toastmaster award and rising to become the organization’s 2010– 2011 International President. The help of mentors played a key role along the way.

“I would not have stayed in Toastmasters without mentors,” says Johnson, leader of the Learning Masters group that provides key feedback in the revitalized education program (REP). “I would not have achieved the level of success that I have without my mentors through the years.”

Formalized Mentoring
Johnson is not alone. Club leaders around the world say that clubs (and their individual members) achieve more consistently when they have an organized mentoring program. Indeed, mentoring is a fundamental aspect of the Toastmasters experience.

So fundamental, in fact, that Toastmasters is taking steps to strengthen the process. At the direction of the Board, the REP will include a formal mentoring program, complete with training, criteria and guidelines. The aim is to provide a consistent, reliable process in which experienced mentors encourage and support protégés, empowering them to achieve their goals.

First, some background. In 2013, as the revitalized education program was being developed, World Headquarters conducted a study on the impact of mentoring in clubs across the globe. Nearly 400 club leaders completed a survey, and their responses were summarized in the resulting report. “The mentoring relationship has a very positive effect on the members’ overall experience, including improvements in satisfaction and award achievement.” In addition, mentoring “improves motivation and retention.”

Seventy percent of the club leaders said they wanted a formal mentoring program, one that has guidelines, structure, criteria and consistency.

The REP’s mentoring program will meet those needs. It includes standardized criteria that calls for mentors to:

Many Benefits
Mentors provide members with help and practical advice, such as tips on preparing speeches and on club roles and responsibilities. They encourage protégés to grow as leaders and offer them reassurance if they hit a rough patch.

“A mentor shares what they have learned, their shortcuts and their insights, and they ultimately can ease the learning of the protégé ,” says Johnson, a Toastmaster for more than 30 years.

In the formal program, mentors— including those who want to meet with their protégé virtually—must participate in training. This involves completing a number of REP learning projects. For one such project, mentors learn and practice a set of competencies, which include recognizing the skills needed to be successful, and demonstrating a clear understanding of the mentor-protégé relationship.

After six months of mentoring, both the mentor and protégé submit a written evaluation of the experience to the club vice president education. In addition, the mentor will present a speech to their club describing what they gained from the experience.

Whether a member is new or experienced, struggling or thriving, everyone can benefit from working with a mentor. And the process is mutually beneficial, because it challenges both the mentor and protégée to share, trust and collaborate.

“I find it extremely satisfying to work as a mentor; you can feel great pride while witnessing your protégé develop and become a great speaker,” said Petillot in a 2013 Toastmaster magazine article about mentoring. “Plus, many of them have also become real friends.”