How to Beat Club Officer Burnout

It was 1997. The annual Cleveland Revco 10K race was days away. I thought, I’m going to enter. I think it will be fun! I’m not a runner, but how hard can it be? (If you’re a runner, you just rolled your eyes, right? You know where this is going.)

The race-day weather was perfect, and the mood was electric. Thousands of runners crowded the starting line, eager to start the race. I was jazzed. The race started. I sprinted ahead with all the exuberance of a non-runner who had no clue how to pace herself. Halfway into the race, having fallen way behind, I thought I would die. This is the dumbest thing I ever did. I can’t finish.

Sometimes serving as a club officer is a lot like my first 10K race. You think you know what’s ahead, but you really don’t. You feel inspired, love the camaraderie and have a vision of success. You sprint at the start, excited to do well. But halfway through the year, you’re weary, frustrated and alone. You think: I can’t do this anymore. You are burned out. You want to quit.

Maybe you’re the vice president education and you had no idea how much work it would take, or you’re the sergeant at arms, and lugging and setting up supplies each week has become a thankless struggle. You could be the treasurer, tired of chasing members for dues renewal, or the club president who lacks member support for your DCP goals. Perhaps you’re the vice president membership, but visitors don’t join, or you’re the vice president public relations and creating a club communications plan becomes overwhelming. Maybe your club is small, and officers double up on duties. Your life outside of Toastmasters may be over-busy, or a conflict within your club is draining your energy. So many factors feed into officer burnout. It’s no wonder that a number of leaders fizzle midyear and contemplate quitting.

But if you’re one of these people, think about what could happen if you don’t quit.

I finished that 10K race and I’m so glad I did. That day, as I crossed the finish line, I didn’t care that my time was abysmally slow. I was thrilled that I finished. It may sound trite, but finishing your officer year strong will give you a valuable perspective on your abilities, your influence and your inner strength that will come no other way. Author Napoleon Hill said, “Effort only fully releases its reward after a person refuses to quit.” The reward comes with staying in the race.

How Stressed Are You?
Volunteer burnout is just like work burnout. Although Toastmasters is a volunteer organization, the work can be just as stressful as in a job. Stress exists in a continuum. At one end is burnout, exhibited by severe symptoms such as lethargy, crankiness, insomnia and feelings of worthlessness. Near the other end is the less severe but more common relative—“brownout.” People who feel this are anxious, disengaged and disillusioned and often unaware of the value of their work. It’s a cognitive and emotional malady, one that affects relationships and attitude.

The U.S. coaching firm Corporate Balance Concepts polled 1,000 executives about job stress. They estimated that while a small percentage suffered from true burnout, closer to 40 percent suffered from brownout. It makes sense to assume a similar pattern exists in the volunteer world, even among Toastmasters club officers. That’s a lot of unhappy officers!

What Causes Burnout and Brownout in Toastmasters?
Many stress factors cause club officers to toy with the idea of quitting before their term is up. Do any of these resonate with you?

Why Push Through?
In spite of these factors, the rewards of finishing your officer year strong are many. No matter what club officer position you hold, or what the frustrations may be, if you push through to the end of June, you will:

That’s quite a list! An anonymous wise person once said, “We are judged by what we finish, not by what we start.” Don’t just start. Finish.

How to Push Forward
Research shows that the greatest amount of volunteer engagement occurs when volunteers know what to do and enjoy doing it. By the middle of the Toastmasters year, officers know what to do. But sometimes enjoyment needs to be rekindled. With only a few months left in the Toastmasters year, here are some ideas to reignite your enthusiasm as well as help others:

In 1997, the day following that 10K race, I was sore but my spirit soared! The iconic boxer Muhammad Ali once said, “I hated every minute of training, but I said, Don’t quit. Suffer now and live the rest of your life as a champion.”

You’re in the final stretch. The finish line is just ahead. Push yourself to reach it, because when you cross the line, you’ll love how you feel! You’ll feel like a champion.

Maureen Zappala, DTM is a former NASA propulsion engineer. Today she’s a professional speaker, author and presentation skills coach, as well as founder of High Altitude Strategies, a coaching and speaking service. She belongs to the Aerospace Toastmasters club in Cleveland, Ohio. Visit her website at www.MaureenZ.com. 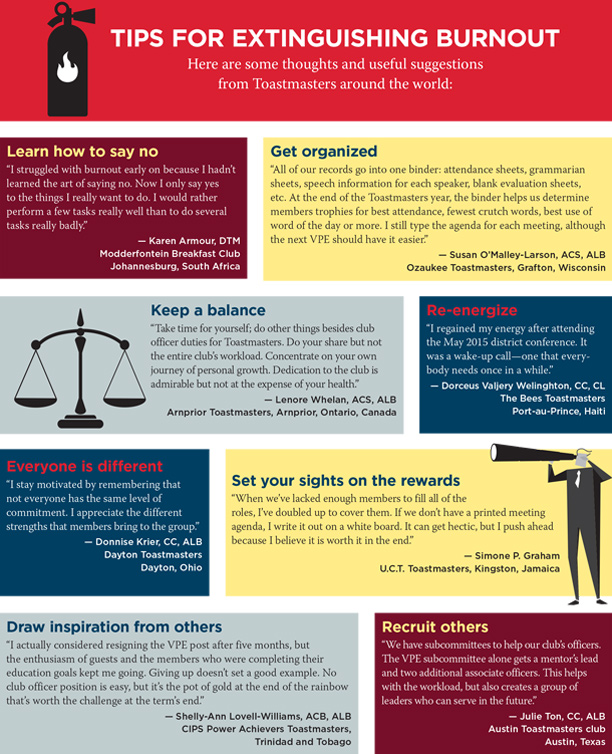 "Finishing your officer year strong will give you a valuable perspective on your abilities, your influence and your inner strength that will come no other way." 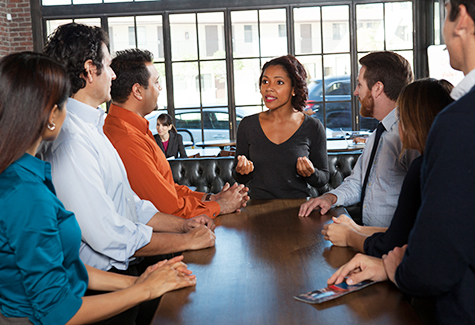