The District Director sends a proxy form to each Club President and Vice President Education 30 days before a District Council annual meeting in the District newsletter or separate mailing.

The credential/proxy form must contain all the following:

All volunteers at the credentials desk are not to wear or display any campaign paraphernalia, and are to do the following:

Who can be a proxy holder?

Either the Club President or the Club Vice President Education may designate, in writing, any active member in good standing of the club to act as a proxy or proxies and cast one or both of the club's ballots at the District Council meeting. Each club must have an elected Club President and Vice President Education to submit two votes. If one of those officers is not at the meeting and has not designated, in writing, an active member of the club to act as their proxyholder at the council meeting, the other officer or proxyholder in attendance may cast two votes. The intent is to assure that every club will be able to cast two votes. No other proxies are valid at any such meeting.

In the event one of those officers is not in attendance at the meeting and has not designated a proxy:

Determining the validity of a proxy:

To be valid at a District Council meeting, a proxy must:

A proxy that complies with these requirements is treated as valid so long as the credentials desk has no reason to believe that the proxy was not authorized. In addition, the following rules must be observed:

The team members serving as ballot counters must not have any affiliation with any candidates for the position for which they are counting ballots. It is recommended that the ballot counters are not the same volunteers who issued ballots. This will maintain the anonymity of ballots cast.

The District Director or designee makes clear that:

The following rules apply to the District Leadership Committee's report: The committee chairperson gives the report.

For each office, the District Director asks whether there are any additional nominations from the floor for the office. If floor nominees are not in attendance, their designees will state the nominee's eligibility qualifications.

A paid member is one whose dues have been received by World Headquarters for the current dues period. An individual must be a paid member to be nominated for or to serve in any office or leadership role in Toastmasters International. (Protocol 2.0)

Who is entitled to one vote?

Who is entitled to two votes?

Who is entitled to three votes? 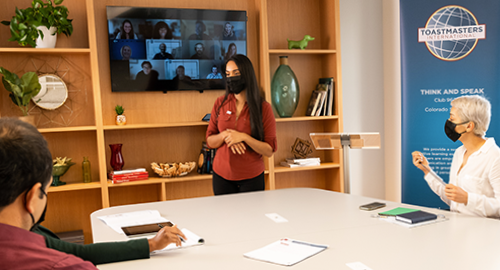 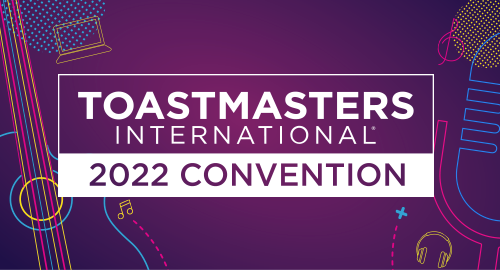 Experience the quintessential public-speaking and storytelling event of the year, the 2022 International Convention, in a hybrid format, hosted in Nashville, TN.