Why You Need Cultural Intelligence 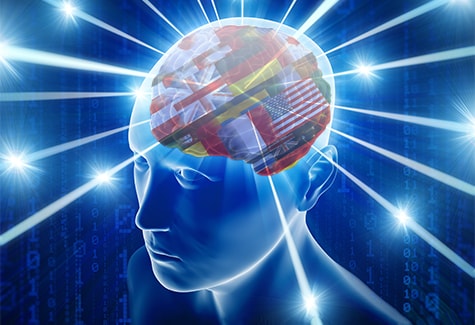 William Weech received one of his first lessons in leading in a cross-cultural environment while working as a young manager in the country of Serbia. Weech, now a leadership development specialist with the U.S. Foreign Service Institute, was conducting a job review with a subordinate. He started by asking the employee for a self-assessment; how did he rate his own performance to that point?

"He was dumbfounded by the request," Weech says. “He said, ‘What do you mean? You’re the boss. You’re supposed to tell me how I’m doing.’ It made no sense to him.”

After some explanation about this appraisal practice, and assurances from Weech that he, too, would share his perspectives on the subordinate’s perceived strengths and weaknesses, the employee gave his opinion of his own performance, offering insights that helped him improve going forward.

The Culturally Intelligent Leader
Such management scenarios have grown more common as leaders around the globe find themselves managing or interacting with people from different cultures. Whether it’s leading a “virtual” work team with members from Bangkok, Barcelona and Boston; negotiating sales contracts across borders; or expanding business operations into new regions, leaders increasingly need a high level of “cultural intelligence” to perform effectively in their jobs, experts say.

CQ is more about taking time to understand and adapt to different cultural norms, Livermore says, than it is about memorizing a list of etiquette “do’s and don’ts” of global cultures. It’s also not just a warm-and-fuzzy approach that honors human differences—CQ has direct profit-and-loss implications. For example, Livermore’s research found that hospitals run by leaders with high cultural intelligence are more effective at treating immigrant patients, leading to fewer lawsuits for misdiagnosis of those patients. The research also found that project managers with high CQ can better motivate peers to accomplish shared goals, and that entrepreneurs with high CQ are more likely to create opportunities in emerging markets.

While most leaders don’t advance to their positions without some ability to read and adjust to those who differ from them—whether those differences are nationality, gender, race, thinking style or generation—what separates high CQ leaders from their low-scoring counterparts is an ability to apply cultural intelligence amid the stress and rush of daily business, Livermore notes.

“Lack of cultural intelligence becomes a bigger problem when leaders are under stress or pressure,” he says. “In those situations it’s easier not to care about someone’s view toward hierarchy, their concerns about saving ‘face’ in different cultures, or different orientations toward time or deadlines.”

Teamwork and Trust
When people don’t feel a leader understands or respects their cultural norms—or the challenges of working around a given culture’s holidays or traditions—it can
undermine teamwork, productivity and trust, Livermore says.

“If you think your manager doesn’t really understand what it’s like to get something done during Chinese New Year when you’re working with Chinese manufacturing plans, it can start to erode trust,” he says. “And many of us from Western cultures would say if there’s a problem, let’s get it out into the open and deal with it. Yet a majority of other cultures would say you shouldn’t address conflict head-on, believing it needs to be done in more nuanced or face-saving kinds of ways.”

Leaders in multicultural environments also tend to underestimate the “sense of relatedness” they need to create to establish trust among their colleagues, says Aad Boot, founder and managing partner of HRS Business Transformation Services, a consulting company in Brussels, Belgium, that specializes in intercultural leadership issues and runs the LeaderWatch website.

Leadership teams with a multicultural makeup often hit early roadblocks because they jump right into making strategic or tactical decisions without first taking time to understand cultural differences in terms of decision-making styles, views on transparency and more, Boot says.

“If you don’t pay specific attention upfront to how leadership teams perceive and understand each other, relationships can break down in a hurry,” Boot says. “A sense of relatedness means first building a foundation where you create a deeper understanding of what things like trust, openness or mutual respect mean to people from different cultures.”

Where CQ Pays Dividends
While cultural intelligence is important as a general leadership skill, it can have a particular payoff in high-stakes scenarios. Consider negotiation situations, be it haggling over a sales contract or a salary increase. “I’m not sure CQ is any more relevant than when negotiating, since it’s largely about understanding another person’s point of view and what might constitute a ‘win’ for them,” Livermore says. “We’ve done a lot of research that finds a correlation between executives’ cultural intelligence scores and how well they are able to negotiate contracts cross-culturally.”

Another such situation is when leaders try to foster innovation in organizations, whether aiming to create cutting-edge products or more efficient work processes. While there’s a common belief that diversity in culture, expertise or thinking styles can be a boon to innovation and creativity, Livermore’s research found that this is true only if individuals exhibit cultural intelligence.

“We’ve found that if diversity is simply left on its own, it can do the reverse and lead to gridlock and frustration,” he says. “The key is that there has to be an intentional way of nurturing and tapping creativity, rather than presuming it’s going to happen on its own.”

Livermore once worked with a global pharmaceutical company on a campaign designed to get employees to contribute new ideas about improving the company’s products or services. The campaign was called “Speak Up.” While some leaders thought employees would jump at the chance to voice their opinions, they found that employees in regions like Asia-Pacific were resistant to the idea.

“Employees in that culture had concerns about their ideas being judged, losing face or being viewed as incompetent if their ideas weren’t accepted,” Livermore says. To adjust, the company created more discrete ways for people to contribute ideas, so they wouldn’t have to participate in open brainstorming with colleagues.

Cultural intelligence also is increasingly important in tailoring marketing campaigns to diverse audiences. Livermore recently worked with a benefits company that was creating a retirement ad targeted to the Hispanic community. An early draft of the campaign featured a couple walking together along an idyllic beach.

“While that might be appealing to many Americans, Hispanic cultures might not be able to relate, since to them a good retirement often means something different, like being surrounded by extended family close to home,” Livermore says. “Being alone as a couple in an exotic location wouldn’t have the same appeal.”

Speaking Across Cultures
Culturally intelligent leaders also modify their approaches when speaking to audiences from other cultures. Dianna Booher, CEO of Booher Consultants, a Dallas, Texas-based company that helps clients improve their oral, written and interpersonal skills, says cultural differences often factor into her presentation strategies. Booher, who has presented around the world for two decades, still asks a trusted source from the local culture where she’ll be speaking to review her slides or script in advance of many speeches. “They might find something I overlook, be it a slide color that’s considered offensive in a certain culture or use of a metaphor or humor that might not go over well,” Booher says.

Aim for Understanding
Livermore works to slow his rate of speech when speaking to different cultures or non-native English speakers. He also eliminates potentially confusing idioms and limits U.S.-centric references. When speaking recently in Japan, Livermore reduced the amount of content he would typically deliver in an hour-long presentation by one half so he could focus on more deliberate speech and use of more concrete examples.

Livermore also suggests asking someone from the local culture about questions likely to come up in Q&A sessions. He recently watched a North American executive give a presentation to a group of Asian executives in Singapore. While the speech was well-received, the executive was caught unprepared by follow-up questions such as, “Do you have anyone on your company board from Asia?” and “What are you changing about your business strategy given your interest in Asia?”

Other speakers adapt their audienceparticipation techniques to other cultures. Weech, the Foreign Service Institute specialist, is a fan of using interactive exercises in his leadership training sessions. But when conducting training in Kenya, he encountered some resistance to an exercise where participants were asked to work in small breakout groups and then report their findings to the larger group.

“Because they live in a hierarchical culture, the Kenyans didn’t have much interest in hearing their peers present,” Weech says. “When their peers were speaking, people would largely ignore them and keep working.” So Weech made a change and instead asked each breakout group to report first to him, and then he presented that group’s findings to the whole class.

“They viewed me as more of an authority figure because I was the instructor, so when I said something, they paid attention and wrote it down.”

Whether you’re leading, collaborating or speaking, it’s clear that success in culturally diverse situations requires a more mindful, situational understanding of the different norms and expectations at play. “A key rule of cross-cultural leadership is if you try to find the right or wrong answer, you will lose,” says Boot. “There is more gray scale than black and white involved in these situations. It’s much more about working to understand those from other cultures without trying to find the right or wrong in their behavior.”

Do You Have These Four CQ Skills?
Cultural intelligence (CQ) is a concept based on years of academic research across dozens of cultures, says David Livermore, president of the Cultural Intelligence Center in East Lansing, Michigan. That research shows leaders with high CQ have strength in four distinct areas, all of which are required to lead effectively in culturally diverse situations.

Drive. This is a leader’s level of interest and motivation to adapt cross-culturally. Conventional thinking holds that most people are naturally motivated to acquire cross-cultural capability, Livermore says, but that’s not always the case. Drive determines whether leaders have the confidence and resilience to deal with the challenges presented by intercultural work.

Knowledge. This dimension captures a leader’s level of understanding about culture and how that knowledge is applied to conduct business across borders. CQ knowledge not only is about grasping how a distinct culture influences the way you think and behave, Livermore says, it also includes overall understanding of the ways cultures vary from one context to another. It requires a macro-level understanding of ways that communication styles, prevailing religious beliefs, gender role expectations and more differ across cultures.

Strategy. This refers to leaders’ level of awareness and ability to strategize across cultures. Livermore says this capability requires “slowing the pace long enough to carefully observe what is going on inside our own and other people’s heads.” While many leaders can “wing it” in meetings with their own cultures, they need more forethought in cross-cultural contexts since many of the rules change.

Action. This is a leader’s ability to act appropriately in a range of different cultural scenarios. One of the most important components of this capability is knowing when to adapt to another culture and when not to, Livermore says. Leaders with high CQ learn which actions will—and won’t—enhance effectiveness in certain cultures and then act on that knowledge.