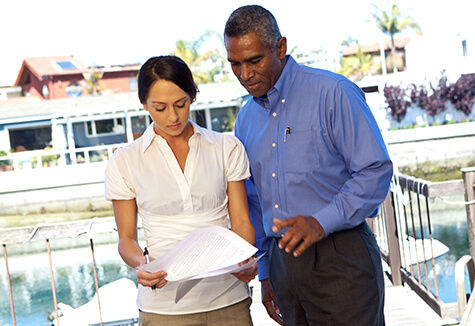 My wife and I gathered in the high school auditorium with dozens of other parents of students on the wrestling and swim teams. The school’s athletic director was there to speak to us, and he didn’t mince words: Both teams were on the chopping block due to budget constraints, lack of interest and participation, and the loss of money every year for four years in a row.

Many of the parents’ feathers were ruffled. Fingers were pointed and blame was laid, but none of it mattered; if we parents couldn’t turn these teams around, they would be gone after this season.

In my mind I heard the words of Ed Tate in the speech that won him the 2000 Toastmasters World Championship of Public Speaking: “If not you, then who? If not here, then where? If not now, then when?” That’s when I realized I was going to start the Wrestling Booster Club.

I talked it over with my wife and reviewed my vast experience with parent-teacher-student organizations. Booster clubs I’d participated in: none. Parent-teacher associations I had actively joined: none. Similar projects I had run: none.

They view HPL as simply another box to check off on their way to achieving the Distinguished Toastmaster award. But what may seem like a rote exercise in gathering signatures, getting easy approval of a pre-conceived plan, and giving two brief speeches is actually one of the most underrated and misused opportunities for self-development and servant leadership that Toastmasters International has to offer.

According to the High Performance Leadership manual, possibilities for HPL projects can include “projects for your community, church, and association or professional group, or some other organization.

Your project, in fact, can be almost anything as long as it is legal, ethical, and socially responsible, and your activities are not represented as being endorsed by Toastmasters International.”

I knew right away this manual would be my guide for forming and leading the Wrestling Booster Club. While the Competent Leader manual is a valuable guide to developing essential leadership skills, High Performance Leadership takes self-reflection to a considerably higher level and encourages a level of growth that should be uncomfortable at times—like taking risks always is. After all, the only thing that grows in our comfort zone is our waistline.

In clubs, we reassure our guests and new members that Toastmasters is a safe place to fail. In putting myself out there as the booster club founder and leader, what was the consequence of failure? The wrestling team would be disbanded, dozens of student-athletes would lose their sport of choice, and countless parents and administrators would be able to say I wasn’t up to the task.

I definitely felt the pressure!

One of the first steps in the HPL program is assembling a guidance committee to advise you through your project. In forming my guidance committee I drew upon three people who had unique perspectives on, and different stakes in, my project.

I asked the school’s athletic director to help, since his understanding of the sports program would be invaluable. I asked a good friend and fellow Toastmaster to help, since she had a military background similar to mine (I served in the United States Air Force for more than 19 years), and I regard her opinion highly. Lastly, I asked my wife to help, since she knows me better than anyone else and could offer advice no one else could.

From the athletic director, I learned about the wrestling team’s debt, annual losses and the costs involved in running such a program. This let me know where we were starting from and how far we needed to go. The athletic director gave the team excellent opportunities to raise funds, such as through raffle ticket sales and concession stand sales at other teams’ events, and it was up to us parents to make the most of it.

Next in my project, I met with the other parents and formed an action team. This was the group that would take the steps needed to accomplish the project goals. The parents were eager to rally behind me and I quickly discovered the high enthusiasm so many of them had for the team. They had only been lacking in focus and leadership. We named coordinators for transportation, concession-food sales, and for providing food before and during matches, as well as for other fund-raising efforts.

We then appointed volunteers to committees run by each of the coordinators, and gave the coordinators wide leeway on how to accomplish their goals. Since we were starting from nothing, any accomplishment would be an improvement!

Over the course of the project, I discovered that a key aspect of leadership is follow-up communication and that I was lacking in this area. I assumed too much of some volunteers who preferred more guidance and structure, and they floundered when I stepped back and let them go on their own. This frustrated me until I realized that the failure wasn’t theirs but mine.

Though I have undergraduate and graduate degrees in organizational leadership, nothing compares to the application of leadership in real-world scenarios. People need to be led the way they need to be led, not necessarily the way you want to lead them.

At the same time, I grew in my capacity to show appreciation for people and to develop other leaders through positive reinforcement. Simply explaining to a person how his or her actions positively affect a group helps that person feel significant and important.

I was also careful to make sure that each parent who led any group—or did anything—received full credit for it; I called for applause and praise whenever we had booster club meetings. Seeing the smiles on parents’ faces at those moments as we collectively built their confidence and cheered our success was worth any anxiety I felt about the project.

I’m sad to say that the school’s swim team didn’t have a leader who emerged from the crowd. They didn’t raise their needed funds and the school disbanded the team halfway through the season.

The wrestling team, on the other hand, won the county championship after only a month. From there they went on to win two regional championships and sent two wrestlers to the state championship.

This coming academic year the school will host those regional and state championships, which promises a great return in concession and merchandise sales. Over the 2014–2015 season we raised several thousand dollars and showed the school that we take our sport seriously.

Had I taken a narrow view of the High Performance Leadership program, what would have happened? Maybe another parent would have stepped in and formed the club. Maybe not.

Regardless of that, I wouldn’t have learned about myself as a leader to this degree, or gained the irreplaceable experience of forming this booster club and leading it through the challenges we faced.

As I progress toward my next DTM, I eagerly anticipate what my next HPL project might be. Organizing a competitive blood drive? Running a regional wrestling tournament? Maybe I’ll just host a party for my Toastmasters club.


A version of this article appeared in the April 2015 issue of the Toastmaster magazine.

is the President of Farmington Toastmasters in Farmington, New Mexico. He retired from the U.S. Air Force in 2014 and is the creator of the English Tips series of YouTube videos. View his professional profile at LinkedIn.com/in/JohnLente.