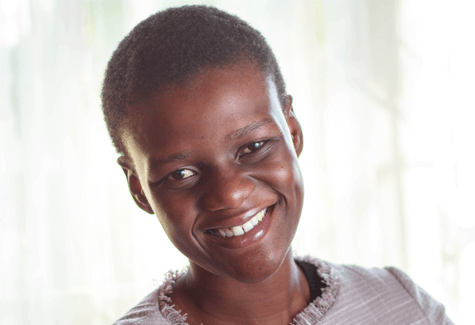 Being emotionally open boosts credibility and leads to better results.

By Dave Zielinski
From the Toastmaster magazine
November 2015.

When Sheryl Sandberg, the chief operating officer of Facebook, wrote a moving essay on that popular social network about the death of her husband, Dave Goldberg, she was—without obvious intention—practicing the art of authentic leadership. Sandberg, best known for writing the book Lean In: Women, Work and the Will to Lead, showed a vulnerable side of herself to Facebook employees that they’d unlikely seen in the workplace. And, it made her appear very human and accessible.

“When a tragedy occurs, it presents a choice,” Sandberg wrote in the June 3, 2015 post. “You can give in to the void, the emptiness that fills your heart, your lungs, constricts your ability to think or even breathe. Or you can try to find meaning. And this is why I am writing: to mark the end of sheloshim [a 30-day period of mourning in Jewish tradition] and to give back some of what others have given to me.”

Sandberg later commented in her essay: “I have lived thirty years in these thirty days.”

While most leaders may never write so intimately in a public format, having the courage to be emotionally open and transparent is a key to being authentic in a leadership role, experts say. Why is “being real” so important? It’s because authenticity makes you more trustworthy and approachable in any leadership scenario, be it presiding over a Toastmasters club or a work team, and that leads to more committed team members and better results.

James Kouzes, an award-winning speaker and co-author of the best-selling book The Leadership Challenge, says the three qualities most people look for in leaders—that they be competent, honest and inspiring—form the foundation of credibility, which flows from authenticity. “We have plenty of data showing that leaders who self-disclose about who they are help others feel connected to them as human beings,” he says, noting that Sandberg’s essay closed the “social distance” between herself and readers. “She closed the gap between being a corporate executive and a human being.”

At its core, Kouzes adds, effective leadership is an “inside-out” process. “Being more self-aware and more self-reflective about your own experiences enables you to become more authentic,” he says. “That is leading from the inside out.”

"We have plenty of data showing that leaders who self-disclose about who they are help others feel connected to them as human beings."

The Impact of Social Media
Authenticity has become even more important in the age of social media, says Tony Rubleski, a speaker, consultant and author of the book Mind Capture: Leadership Lessons From the 10 Trailblazers Who Beat the Odds and Influenced Millions. The multitudes using social networks, especially the younger generations, yearn for more knowledge of their leaders, says Rubleski, ATMS, a former member of the Tri-City Toastmasters club in Spring Lake, Michigan.

In consulting with corporate leaders, Rubleski says he often suggests they find ways to share things about themselves on social media. “Employees will appreciate it, and if you aren’t doing it on some level they’ll think you’re holding something back, because everyone is on Facebook and Twitter,” he says. “It requires a balancing act of how much you want to reveal, and the higher profile you are, the more potential repercussions there can be.”

Self-awareness. It’s important to have a good grasp of your strengths and weaknesses. “It’s also about knowing [which] times to be genuine and telling people how you really feel,” Gentry says. “When there’s a conflict in a group setting, for example, you have to be OK with other people knowing your true feelings to reach some consensus.”

Congruency. Authentic leadership requires matching your actions to your words. Be consistent in who you are. “We all know people who will shake your hand and then stab you in the back as soon as the conversation is over,” Gentry says. “Those who are actually sincere and genuine, who walk their talk and are comfortable with what they are sharing and feeling with others, will come across as authentic and more credible to others.”

While not easy for hard-driving leaders, showing some level of vulnerability is key to living an authentic life, Gentry says. He cites the TED Talk of research professor Brené Brown on the “power of vulnerability” as must-see viewing for anyone looking to make stronger human connections. According to the TED organization, Brown’s 2010 speech is the fourth most-watched TED Talk of all time, with more than 21 million total views.

A researcher at the University of Houston Graduate College of Social Work, Brown argues that it takes courage to be vulnerable and that being open in this way is important for everyone but is especially critical for leaders. To be effective, leaders must acknowledge weaknesses, share their struggles and not be afraid to ask for help, she says.

In Inc. magazine, Kimberly Weisul wrote about a presentation that Brown gave at the magazine’s 2013 Leadership Forum. “Vulnerability is the absolute heartbeat of innovation and creativity,” Brown said at the event. “There can be zero innovation without vulnerability.”

Her message has clearly struck a chord. Besides the popularity of her Ted Talk, Brown has been interviewed on TV by the likes of Katie Couric and Oprah Winfrey, and she is a bestselling author. Her books include 2012’s Daring Greatly: How the Courage to be Vulnerable Transforms the Way We Live, Love, Parent and Lead.

Tafadzwa Bete Sasa, CC, is the training and resource center manager for Alchemy Women in Leadership in Zambia. She believes being emotionally open at times is essential to building a connection to those she manages. She has been a member of two Toastmasters clubs, one in Zimbabwe and one in Zambia. Bete Sasa says she maintained a “serious game face” in the past as a training facilitator until one of her participants remarked that she came across as caring more about results than her team members.

“I discovered that that perception of me challenged both the learning process in training and the productivity of my team,” she says. “Over time I’ve learned to be more relatable, and it’s helped the learning process as participants feel freer to ask questions or air their differences. Team members also are more willing to ask for my help to meet bottom-line goals and offer me support.”

The Art of the Apology
It’s not something that comes easily to those in a position of power: apologizing and making amends for mistakes made. Yet apologies, when needed, can be a powerful way to enhance authenticity and credibility.

Apologies have pitfalls as well. Take the cautionary tale of Tim Hunt, a British Nobel Prize-winning scientist, who got into trouble this year when speaking at a convention for female scientists and science journalists. According to a report in The Guardian newspaper, Hunt said he favored gender-segregated laboratories because cupid has a tendency to strike men and women who work together in the lab, and that isn’t productive to good science. He also said women cry when their work is criticized. His comments spread like wildfire on Twitter, and Hunt was accused of making sexist remarks.

In the wake of the uproar, the 72-year-old biochemist told the British Broadcasting Channel that he was sorry for the comments he made, yet he also said he stood by some of his remarks. “I just meant to be honest, actually,” Hunt said.

A headline in the Washington Post called it “the non-apology of the year.”

As Kouzes says, “Apologies need to be genuine to be believable.” If you do something that’s clearly a mistake, he adds, “it’s important to quickly own up to it to maintain your credibility.” Once a mistake is made, says Kouzes, you should follow the Six A’s of Leadership Accountability: Accept, Admit, Apologize, Act, Amend and Attend.

Acceptance is a simple but important first step. Kouzes says it’s an action yet to be fully taken by U.S. presidential candidate Donald Trump for his derogatory comments about Mexican immigrants and television anchorwoman Megyn Kelly.

“When you mess up, you need to fess up,” says Rubleski. “When you reveal that you are human, that you made a mistake, and you apologize … people want that and expect it.”

Showing How It’s Done
Plenty of models exist for how to apologize well. In an article published earlier this year in the Harvard Business Review, Jim Whitehurst, president and CEO of technology company Red Hat, writes about a mistake he made in acquiring a company early in his tenure that didn’t use open source technology.

Rewriting the code to make it open source would have taken several months, so Whitehurst made the decision to roll out the product as is. Big mistake, he writes. “It soon became clear that both our associates and customers disliked using the product.” The company eventually had to rewrite the code, and that put Red Hat behind schedule by more than a year.

Whitehurst decided to apologize in person to his staff. “When I made the time to explain the rationale, that we had put a lot of thought into it, people understood. Many Red Hatters told me how much they appreciated that I admitted my mistake.”

Bete Sasa, the manager in Zambia, says apologizing is about taking ownership of the damage your actions have caused and committing to do your best to not let it happen again.

“There’s a misconception that apologizing is a sign of weakness and incompetence by leaders, but if anything, a mistake signifies an error in judgment and apologizing affirms that leaders are concerned with getting things right,” she says.

“Often times you will see a CEO or chairman weigh in on financial reports where the company performed well, but also highlight areas where they fell short and can build on,” Rubleski says. “It can be revealing to go through press releases about earnings or annual reports, because you see the presence or absence of accountability and how leaders are trying to fix things.”

Bete Sasa says there is no authenticity without accountability, both for the people you’re reporting to and for those who are working with or for you.

“Leaders are often reluctant about accountability, which can compromise team efforts and results,” she says. “By being open about what they are doing and with what resources, leaders are able to get feedback and ideas as well as seek assistance for when they aren’t coping well.”