Navigating the Two Sides of Healthcare

A kidney-failure survivor inspires the medical community and her peers with a message of hope.

This article is from the March 2016 edition of the Toastmaster magazine.

In her speeches, writings and actions, Lori Hartwell inspires people with chronic kidney disease and their family members, as well as those in the medical community. At the heart of her message is hope.

“People sometimes give up because they don’t have hope or a purpose,” says Hartwell, who was diagnosed with kidney disease at age 2 and wasn’t expected to survive. Since then she has survived 40-plus surgeries, 13 years of dialysis and four kidney transplants. Yet despite all of her health issues and multiple doctor appointments, she meets the demands of a busy speaking schedule and runs a nonprofit organization. She offers her own story as an example of survival and success, and as arduous as her journey is, she lives a productive and joy-filled life. Her mantra: “Illness is too demanding when you don’t have hope.”

Hartwell, ACG, a Toastmaster in Glendale, California, says strong communication skills are a vital weapon in the battle against disease—both for patients and their caregivers. “It is much like a Toastmasters evaluation,” she says. “I need to know that a health care professional is listening to me and is being specific on how I can improve.”

Hartwell is the author of a book and articles on the topic of chronic illness, and she speaks in front of thousands at healthcare conferences around the world. She is a powerful patient advocate who has spoken out on legislative issues affecting the kidney community and given testimony before government medical committees.

Dr. Jeffrey Glick of Burbank, California, specializes in internal medicine and nephrology. He says, “I tell my patients about Lori and her many obstacles and it gives them hope that they can live with kidney disease and lead a good life.”

Learning Firsthand About Disease
Despite a demanding illness, Lori earned her high school diploma after being homeschooled since age 14. Having spent a lot of time in hospitals, she learned firsthand about the many risks associated with the treatments she received. And from the loneliness of her hospital bed, the young girl observed the many different communication styles of her caregivers. Some were very attentive and in the moment. Others were shy, and many were preoccupied with their work, yet she found ways to befriend them and get their attention, in spite of their busy schedules.

Hartwell joined the Glendale One Toastmasters club in 1993, the same year she founded the patient support organization Renal Support Network (RSN), which serves people with kidney disease throughout the U.S. Dr. Glick says of the RSN, “Its programs provide education materials and let my patients know they are not alone and can connect with their peers.”

As Lori’s club members encouraged her to tell her story, she began developing the confidence to do so. She practiced telling it until it resonated with others. She took her voice recorder along each time she delivered a speech. From the recordings she could differentiate between what the audience wanted and did not want to hear.

It became clear to her that audiences enjoy stories of resilience, overcoming obstacles, accepting challenges and taking risks. And they are inspired by people who lead by example. Sometimes, as was the case when she spoke for the National Renal Care company in Cape Town, South Africa, people in the audience had never met someone who has lived with kidney failure as long as she has, and that in itself provides hope.

“It is always exhilarating to see the hope in someone’s eyes and to know that you helped spark it,” she says.

Through her speaking experiences, Hartwell also discovered how the power of humor can soften the delivery of sensitive topics. “Make them laugh, make the connection and make them think,” she says.

From Sales to Speaker to Author
A year after joining Toastmasters, Hartwell entered the medical profession as a technical sales specialist for a diagnostic company. She subsequently became Western regional sales manager for a dialysis catheter company, overseeing its activities in seven U.S. states. With these combined jobs she visited more than 500 dialysis units in 30 states, and the importance of the patient/health-care-provider relationship became even clearer to her.

Armed with firsthand knowledge, she became editor of both the medical journal Contemporary Dialysis & Nephrology and the journal For Patients Only, and heads of medical associations and companies began asking her to address their staff. That led her to deliver keynote speeches in Canada, South Africa and throughout the U.S. “My profession was sales, but I actually became the product,” she says.

Hartwell’s stories reflect the patient’s perspective. “When given a diagnosis, the patient is often overwhelmed—by the news, the environment, the whole experience,” she stresses. “And at that point, as information is relayed to the patient, he or she can’t even hear it.” It’s not because the patient is hard of hearing, or doesn’t want to hear, she explains, it’s because “the patient first needs to know that the professional cares. Then they can listen.”

A Love Story
It’s difficult for patients, understandably, when they come to realize their kidneys no longer function normally. They have limitations on diet, take a lot of medications and are not always able to do the same things their peers do, and they can lose confidence. In Hartwell’s case, she learned how “the most attractive thing in the world is confidence.” In 1996, in preparation for a speech contest, she was speaking at her club about organ donation. She beams as she relates the story of that special day when her future husband, Dean, sat in the audience as a guest and watched as she delivered her message—with confidence.

“Who knew that giving a speech about my personal story of receiving the ‘Gift of Life’ and the importance of organ donation could motivate someone to want to ask me out on a date?” she says. Dean joined the Glendale One club and is her biggest supporter, mentor and evaluator. Today, armed with an ACG, he enjoys competing against her when she is on the schedule.

Hartwell went on to compile a book from her Toastmasters speeches. Called Chronically Happy—Joyful Living in Spite of Chronic Illness, it’s a guide for handling issues that arise in the course of chronic disease. Among the Amazon readers who reviewed the book, one woman who identified herself as Sarah M., wrote that she is a student dealing with chronic illness. “Hartwell’s experiences of living a successful and joy-filled life despite her illness has been an inspiration and source of hope for me.”

Hartwell also hosts workshops on how to take risks and overcome adversity while pursuing goals. “I help people, including healthcare professionals who have no guarantee of a good outcome for their patients, feel good about themselves.”

Her work extends even further. For instance, she is the organizer of an annual prom in Southern California for teenagers who suffer from kidney disease. Hartwell, who missed out on her own high school prom because of the disease, started the event back in 1999 through the Renal Support Network. The dance draws hundreds of young people, giving them a chance to connect with fellow teens in the same situation.

“They have a night that they will never forget,” Hartwell said in a Los Angeles Times newspaper article about the event. “They can just dance the night away.” Hartwell continues to use her communication skills as the host of an online talk show called Kidney Talk. She also wrote and produced the 60-minute video “Communication Prescription for the Renal Care Professional.”

Her next stop is the Bahamas, where she’s been invited to speak by the American Renal Associates. Her advice to other speakers is this: “Be in the moment, tell your story peppered with lessons learned, talk to your audience and take risks.”

MARY NESFIELD is the associate editor of Toastmaster magazine. 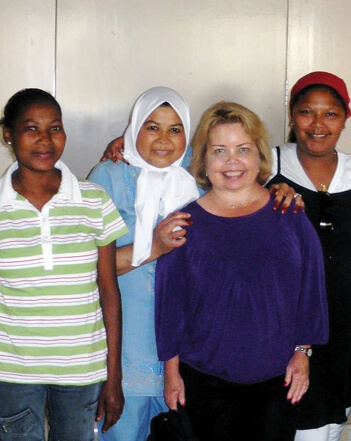 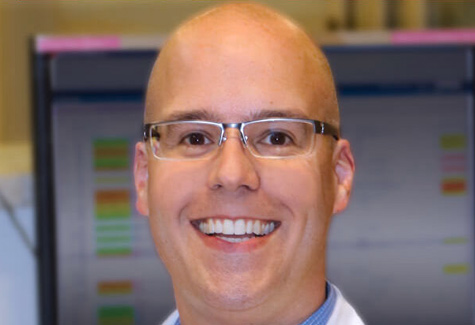 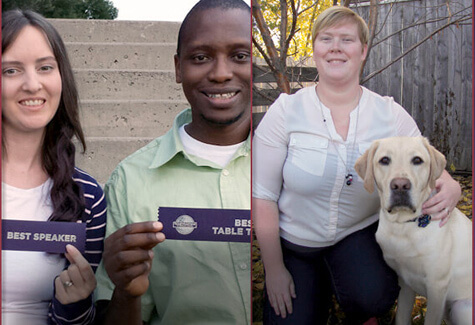