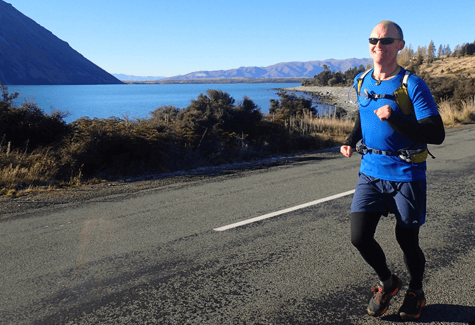 Everyone misses club meetings from time to time, right? Not Brian Renteria! Brian has not missed a single meeting of the Sensational Salesmen club, in Santa Ana, California, in seven—yes, seven!—years. He once scheduled the dates of his vacation to Hawaii so as not to miss the 7 a.m. Wednesday club meeting. Talk about dedication!

As the club’s sergeant at arms, Brian arrives early to help set up tables, chairs and the coffee service, which is always supplemented by one of his own home-baked cakes, the flavor selected by that week’s Toastmaster. He gavels the meeting to order precisely at 7 a.m., upon the signal from club treasurer Doug Tummond.

Brian also fills all other meeting roles when assigned and gladly steps in when we have the occasional no-show. Outside of the club, Brian plays basketball in the Special Olympics. His enthusiasm inspires us all. Thank you, Brian, for your persistence, service and professionalism.

Contributed by Kaycee Howell, member of the Sensational Salesmen club

Louise Hyland, ACG, CL | TIC Talkers | Newport Beach, California
As a member since 2003, I have long since come to value my Toastmasters friends as family, but never more than this year. In March, I was diagnosed with advanced breast cancer that would require a rigorous chemotherapy treatment schedule, followed by surgery and radiation. What has become a favorite activity of mine is telling anyone who will listen how my Toastmasters family continues to show up for me. Every. Solitary. Day. My mentor who gave me a magnificent bottle of wine forbidding me to touch it until I am 100 percent cured, so we can share it. My fellow members who drive out of their way to my new home close to the hospital to take me out to lunch or visit. The member who sends me a card at least once a week. The many members who contributed to a meal fund that allows meals to be delivered to me when I am unable to cook for myself during the worst of chemo. The cards, the books, the gifts and the homemade food.

When people find out I’m a Toastmaster, they often ask me what I feel I’ve gained from my membership. It’s a challenging question to answer, because I know what they’re looking for: improved speaking skills, confidence, networking opportunities and leadership skills. But I’m always sure to finish my answer with the attribute that may be the most important. What I have gained from my membership is love.

John Kelly, ACB, ALB | Sunbelt Speakers | Marlborough, New Zealand
In June 2013 I set a challenge for myself: I would run a marathon every month for 12 months. I didn’t know if I was fit enough or whether I could recover quickly enough between each race. But I did know that I wanted to do something that challenged me mentally, physically and emotionally.

I started the challenge in July 2013 with a 46-kilometer (approximately 28 miles) run in the hills of Christchurch, New Zealand. In August I visited an Alpine Village where I ran from the village up and over a mountain pass, to a ski field, then back again. I climbed more than 1,700 meters (approximately 5,600 feet) that day and took more than seven hours to finish.

Things were looking good. I felt strong, my fitness was improving and I was starting to get some momentum.

Then, in September of that year, I had a major setback. I was struck with a bad case of gastroenteritis. I was unable to eat for several days and rapidly lost strength and fitness. However, I was determined that this would not defeat me. I used the idea of every hardship being a twist in a great speech for each of the subsequent marathons to help me mentally battle through the hard times. This mindset was especially important when I ran 86 kilometers (approximately 53 miles) in one day to check off the last two marathons of the challenge. It also provided me with an abundance of speech material and helped rekindle my passion for Toastmasters.

For more information about my 12 months of marathons challenge, check out www.facebook.com/12marathons.

A Night to Remember

Desiree Holz | Plain Speakers | East Perth, Western, Australia
I joined Toastmasters in January 2015 unable to speak in front of an audience. I battled depression and anxiety for most of my life until three years ago, when an experience dramatically shifted my perspective. After four months in Toastmasters, I received an email inviting me to attend an event about raising awareness for men’s mental health. Instead of just attending, I contacted the organizers and asked if they were looking for guest speakers to share their own journey with depression. A week later I had an interview with the event organizer, and after a coffee, she offered me a seven-to 10-minute speaking slot at the event. I presented my speech in front of 300 guests and received publicity in the Western Australia newspapers for my courage and participation.

If it wasn’t for Toastmasters I never would have had the courage to raise my hand for such a task. Toastmasters provided me with the platform to practice my speech and receive feedback before the event. I am now approaching local schools to share my experience and help give hope to young people all over Perth.

Nagarajan Tamil Arasan, ACS, ALB | TASCA Toastmasters and Bahrain Advanced Toastmasters | Manama, Bahrain
I started my Toastmasters journey in 2007 and found that Toastmasters transforms attitudes and creates positivity among people. In 2009, I participated in speech contests, just like other members. People said that I was good at humorous speeches—I didn’t know I had some talent in that area.

After writing my draft speech, I left it alone for two days and when I picked it up again, I visualized it from the audience’s point of view and edited it accordingly. After another two days, I visualized it from the judge’s point of view and edited it again. I said to myself repeatedly, “To win, you have to be distinctive from others.” It all came together for me at the District 20 conference in May. The speech was hilarious and successful because it met the ex-pectations of the audience. I delivered it with poise and powerful punchlines. The audience of about 1,000 Toastmasters roared and I won the district championship. Five years of hard work and perseverance finally paid off!

Tracey Cassidy | Mile Square Toastmasters | West Orange, New Jersey
I’ve worked in public relations for nearly two decades and have experience talking in front of a crowd. However, I still experience the sweaty palms and chest-pulsating panic that affects millions of people. As I advanced in my career, I found myself getting extremely nervous when I had to present to large groups. In the communications field, I often write speeches and prepare clients to address crowds. But how can I confidently counsel my clients if I’d rather die than speak in public?

To begin, I watched endless hours of TED talks and attended a training seminar with a well-known coach. The only way to improve was to force myself into situations where I had to deliver impromptu as well as prepared speeches over and over again.

My husband, a former All-American collegiate wrestler and former wrestling coach for Rutgers University, also reinforced this notion. He believes repetitive drills are one of the most impactful training techniques. I planned to practice until I was numb. For me, repetition helps build muscle memory, and I find the impromptu practice greatly benefits my prepared speeches. I’m far from being an expert, but I’m getting better week by week.