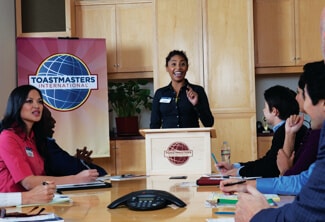 In December 2008, Caroline Kennedy – daughter of the late United States President John F. Kennedy – gave an interview that helped decide the future of her U.S. Senate campaign. One of the frontrunners for the senate seat in New York, Kennedy had been criticized for avoiding media questions, so she finally sat down for a televised interview. The result was a disaster.

Her performance was almost universally disparaged, in part because her speech was cluttered with filler words – “ums,” “ahs” and “you knows.” One listener counted 27 “ums” and 38 “you knows” in the space of five minutes.

A few weeks after giving the interview, Kennedy ended her Senate campaign.

The example shows how filler words can be more than dead space – they can be deadly. “Using excessive fillers is the most irritating speech habit,” Susan Ward, a speech specialist, told the Wall Street Journal when the newspaper wrote about Kennedy’s media debacle. “They distract your listener often to the point that he doesn’t hear anything you say. Your message is entirely lost.”

Fortunately, filler words can be trimmed from speeches, as all Toastmasters know. Here is how you can learn to cut down on these verbal tics – so that you can open your mouth and not say “ah.”

Building Confidence
Most beginning speakers are afraid of pauses. They believe their audience will think they are inarticulate if they pause to think of what to say next, so they use filler words to avoid the silence. However, a pause is actually more impressive than a filler word. Listeners know that the speaker is thinking, trying to find the right word. They respect this. Sometimes a pause can actually improve a speech, as when an actor uses a dramatic pause to rivet the attention of his audience. A speaker shouldn’t be afraid to pause occasionally during a speech; it shows self-confidence.

Because speakers overuse filler words when they are nervous, it is important for a Toastmasters club to help speakers feel at ease. Clubs should immediately make it clear to new members that when they speak, no one will interfere. Bob Chikos of the Crystal Lakes Toastmasters in Crystal Lake, Illinois, finds knowing this is very helpful.

“I remind myself that I have the floor and that nobody is going to interrupt me,” he says. “I also tell myself that it’s okay to be silent. When I’m collecting my thoughts, I believe I appear more cerebral and deep in thought if I remain silent for a second or two. And I tell myself that what seems like a long pause to me is probably a short pause to those in the audience.”

Brittany Hoff Gill of the Eagle Toastmasters in Eagle, Idaho, believes the way a speaker views the situation also affects the “ah” quotient. “Filler words generally come in when you don’t view the presentation as a conversation,” she says. “This makes you nervous and tense, and then you have a tendency to use filler words.”

Another key to building confidence is being prepared. If you know your topic thoroughly and have rehearsed your speech until it is second nature, delivery in front of an audience will go more smoothly. This certainly proved true for Nadia Moffett, a member of Express Yourself Toastmasters in Tobaccoville, North Carolina.

“I was one of those speakers who used an array of filler words,” she says. “I eventually realized that, for me, filler words were simply a byproduct of not being fully prepared or of not being confident in my credibility or the delivery of my topic. This would make me distracted and uneasy, and the filler words would take on a life of their own.”

To cut out filler words, it also helps if you believe in the importance of what you are saying. Just listen to someone being interviewed on TV or radio. Often they give a poor performance on questions they care little about, casting about for something to say and using lots of filler words. Then they get a question on a topic they are passionate about – what a difference in the way they talk! Suddenly the filler words are gone and instead they offer an animated, forceful response, coming from the heart as well as the mind.

Practice Makes Perfect
Many times at business meetings or public forums, unexpected questions will come up that weren’t anticipated or prepared for in advance. This is when filler words are particularly prone to crop up. Table Topics are great training for these types of situations. You learn the skill of thinking on your feet, gathering facts from the corners of your mind and putting them together coherently. Just like learning a new sport, it takes practice to become adept at impromptu speaking. When Nadia Moffett became aware of her filler-word problem, she took action.

“I asked my Toastmasters club to be tough on me,” she recalls. “I said, ‘Always call on me for Table Topics and always give me feedback.’” It worked.

You can also do drills at home for extra practice on impromptu speaking. Ward recommends playing the “Tell-Me Game.” A week in advance, make a list of 20 topics for impromptu speeches and seal them in an envelope so you can’t look at them again. At the appointed time give the list to a partner, who will read topics and count the filler words during your responses. Start with two-minute responses and increase the times until you can deliver a five-minute impromptu speech with nary an “um” or “ah.”

The Wizard of Ahs
You cannot correct a problem unless you know you have one. Filler words are insidious because they are invisible to the speaker, but not to the listener. To help members become aware of this verbal clutter, Toastmasters clubs designate an Ah-Counter, who tracks filler words used by all speakers during a meeting and then discloses the results at the end.

“This is really important for a new member,” says Eric Jahn of The Talk of Lincolnshire club in Lincolnshire, Illinois. “They are often not aware that they are using filler words in their vocabulary, since nobody ever counted them.”

Speech evaluators may also comment on overuse of filler words, but all critiques should be presented in a constructive, non-threatening manner – a “building up,” not “tearing down,” process.

When it comes to the Ah-Counter’s role, different clubs have different styles. The London Athenian Speakers in London, England, doesn’t have the Ah-Counter announce how many times each speaker used filler words. “We have found that a more positive approach is for mentors to discuss any filler words, ums and ahs with the speaker after the meeting,” says member Jessica Bass.

Other clubs not only report the filler-word infractions, but go a step beyond and fine their members a nickel or a dime per word, depositing the proceeds into a piggy bank for the coffee fund. To avoid bankrupting a member, an upper limit is placed on the total penalty for the session – say, fifty cents. The guilty party may exonerate himself: Each time he uses the Word of the Day, he is forgiven one filler word.

Some groups encourage listeners to tap their glasses with silverware at the sound of an ah. Brittany Hoff Gill says when she was a member of the Chehalis-Centralia club in Centralia, Washington, several years ago, the club had a novel approach to the problem. “Our grammarians were hilarious,” she recalls. “Whenever someone messed up on a filler word during a speech they would hold up the ‘Jaw of Teeth,’ one of those gag props that you can make chatter on a table by pushing a lever. The whole club would laugh.”

Reminders such as these should be used with care, since some speakers feel uncomfortable with them. Rattled, they use more filler words, causing more bell ringing and glass tapping, causing still more filler words. Different speakers have different personalities, and a club needs to be aware of this and tailor the reminders to the speaker.

“I think instant reminders can be a good idea, but only in an advanced club,” says Nga Nguyen, DTM, of the Harris SpeakEZ club in Melbourne, Florida. “My club has lots of new members and I think this practice would cause them to shy away.”

Melanie Ghazarian, DTM, a member of several clubs, including the Conejo Valley Toastmasters in Thousand Oaks, California, believes that modern technology supplies the most helpful reminder for a member seeking to cut the ahs. “One of my clubs video-records the speeches and gives the speakers a copy,” she says. “This is the best feedback for a speaker – to see yourself in action.”

A Success Story
As the 2009 winner of the Mrs. New Jersey beauty pageant, Ceylone Boothe-Grooms attends many charity functions, often hosting such programs herself. A member of the AT&T club in Middletown, New Jersey, she once co-hosted a cotillion for inner-city girls in Plainfield, New Jersey, an event attended by 300 guests, including local dignitaries and media figures. Just before the event was scheduled to start, Boothe-Grooms learned that the program’s script had not arrived. She would have to ad-lib everything – introductions and interviews – for the better part of two hours!

After the initial shock faded, she felt her confidence returning. “I thought to myself, ‘Well, now my Toastmasters training will come in handy,’” Boothe-Grooms recalls. “And it did. I had maybe five ‘ums’ in two hours. No one in the audience noticed anything was wrong.”

William H. Stevenson, III, is a freelance writer in Huntsville, Alabama. He was formerly a member of three Toastmasters clubs in the Huntsville area. Contact him at whsteve3@aol.com.