Candor and diplomacy are behind these best practices recommended by two 2018 International Convention speakers. 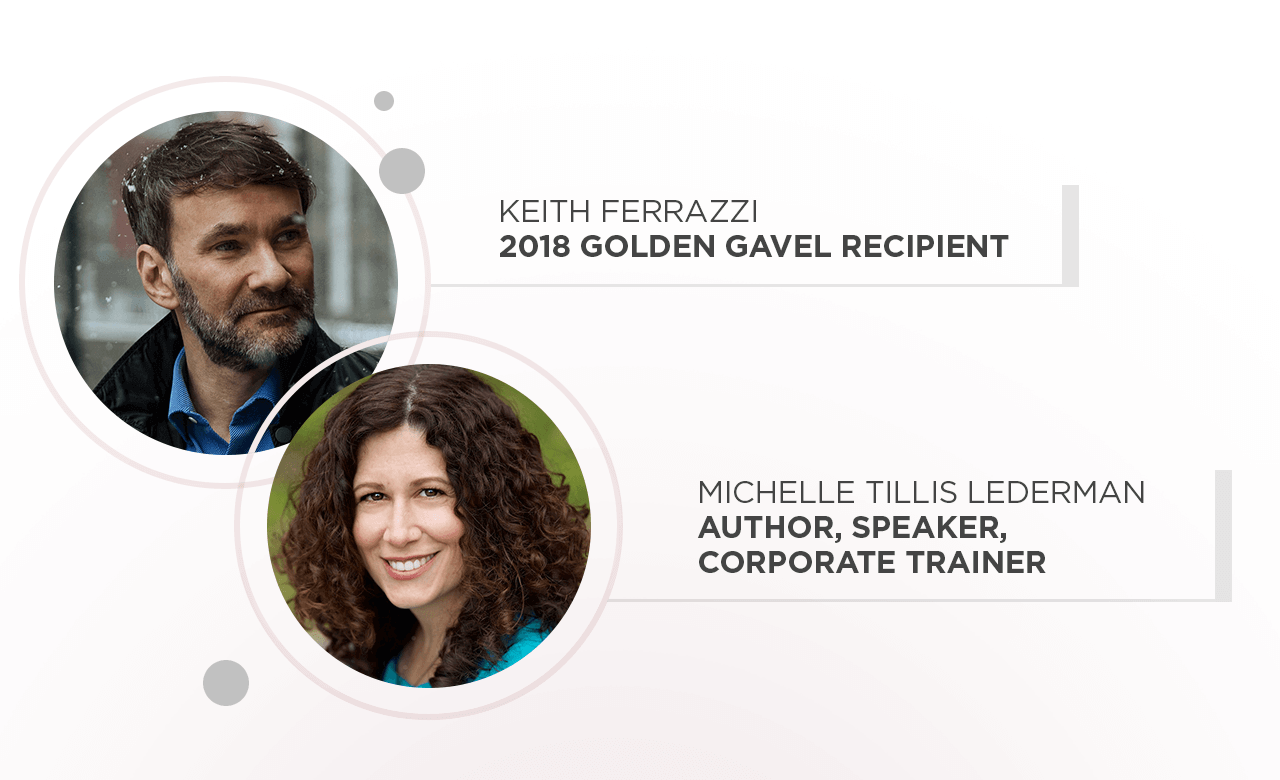 Do you communicate openly and diplomatically at the same time? Those skills are the backbone of effective leadership, according to Keith Ferrazzi and Michelle Tillis Lederman, two speakers presenting at the 2018 International Convention in Chicago later this month. Ferrazzi, who will be honored with the Golden Gavel award, is a proponent of leaders creating a “culture of candor,” while Tillis Lederman emphasizes the importance of sharing opinions diplomatically. Specific to team leadership, here are a few of their best-practice communication ideas:

Present the idea that constructive negative feedback is a gift that can help improve performance or avoid mistakes. Persuade your team to use phrases like “I might suggest” and “Think about this” when giving feedback. On the receiving end, encourage them to regularly request one-on-one feedback from those most critical to their success.

To get more voices heard, break a big meeting up into groups of two or three to brainstorm for a few minutes, then have a spokesperson from each group report back to the entire team. Smaller groups promote more risk-taking and increase the odds of getting collective group feedback.

Encourage team members to give permission and gratitude for candid feedback. The idea is that candor often results in a reciprocal request for honest feedback and can accelerate closer team bonds. Immediately after the feedback, team members should thank their evaluator; then, later let them know how they’ve used the feedback constructively.

When there is team conflict or a difference of opinion, it often falls on the leader to mediate. But often, that simply means being a good listener. Allow both parties to vent and express their opinions openly and constructively. Sometimes, that will be enough to rectify the situation.

When the time comes for a difference of opinion, do not dismiss, offend or shut the other person down. But also, don’t agree—instead, add to their viewpoint. That means responding with, “That’s an interesting perspective. Another perspective is … ” Or, “I hadn’t thought of that. What I was thinking was …” In both instances, you’re not discounting or dismissing the other person’s opinion; you’re simply adding your own to the conversation. Lead by example with this technique. Let your team know that people listen best when they feel they have been heard.