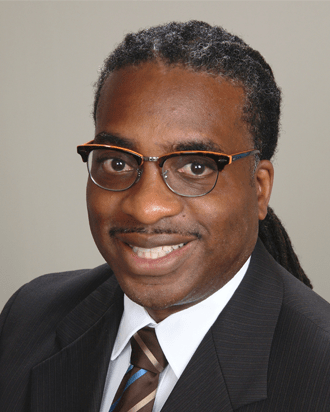 Relevant work experience and how it relates to Toastmasters and your role as a Board member:

I am part of several organizations and boards. I volunteer and often speak on leadership and communication. I conduct training and educational sessions on finances, home ownership, and knowing your worth. I was part of an audit team that reviewed department procedures. I am a six sigma yellow belt. I have conducted time studies, department evaluations, and made recommendations to minimize waste to maximize efficiency.

What experience do you have in strategic planning?

I help develop the strategic plan for a 60-year-old political organization. I developed budgets, planning, and implementation of voter registration, get out the vote, and voter education. I was also the project manager on several projects at my place of employment. I worked in a department where I created the charter and laid out the strategic plan for the policy and procedure manual. I also took on the project of creating a training manual for all new employees.

What experience do you have in the area of finance?

I have worked at a bank for the past seven years. I monitored and reported on the general ledger account. This account is in the 100’s of millions. I created a budget for several political functions. I have extensive training in the city’s budget where I currently reside. I am the President of Redafo LLC that manages properties, and real estate projects. I have been privy to be part of budget planning. I am a member of Richmond Association for Business Economics (RABE).

What experience do you have in developing policies?

What lessons did you learn from previous leadership positions?

You have to manage the person to the project and not the project to the person. Understanding people and managing to their personality style.

What experience and key strengths would you bring to the Board of Directors?

The key strengths I would bring to the Board of Directors would be listening, discernment, and a relator. You have to understand the other person’s agenda first, and then you can share your agenda. This is backed up with discernment and being a relator.

Why do you want to serve as an international officer/director?

There are three reasons I want to serve as international direct: 1. I want to learn more. 2. I want to share what I have learned. 3. I want to help the organization be the best it can be.

What volunteer experience do you have outside of Toastmasters?

The volunteer experience I do outside of Toastmasters is: 1. I sat on two advisory boards in my current employment at the bank. 2. I helped mentor children after school. 3. I volunteer with an organization that provides back to school supplies and gifts to children for the holidays. 4. I volunteer at food banks and feed the homeless during the holidays.

Have you worked with other Boards of Directors outside of Toastmasters?

In your opinion, what are Toastmasters International’s major objectives and how would you work to achieve them?

Toastmasters major objections are value and expectation. There is a disconnect with Distinguish Toastmaster (DTM) and a disconnect with Area Directors (AD). DTMs should be utilized to train in every aspect of the district under the direction of the District Director. Value is lost at the AD level. Area Directors are the connection between the clubs and the DEC. They have direct influence over the clubs. I would have a mentoring program for up and coming ADs and instill the value of the Distinguish Club Plan. The expectation should be more than getting a point but how this translate into my world outside of Toastmasters.

I am a communicator, and I lead by example. Each year in Toastmasters I have grown, but more importantly, the people around me have improved as well. I had leadership positions before Toastmasters serving in the United Sates Air Force. However, I would like to believe I have become a better leader because of Toastmasters. My district had not been distinguish in seven years. I am proud to have been the leader of such a distinguish district however this feat was accomplished because of the great teamwork and making sure Toastmaster the product was more than what was expected. My leadership style is firm, fair, frank and friendly. I am a Toastmaster for life.